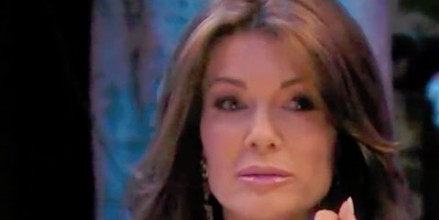 Vanderpump Rules star Lisa Vanderpump is having quite the week. On Sunday, a car crashed into her L.A. restaurant, Pump, shattering a window. A day after Season 8 of VPR premiered, news broke that a former employee filed a lawsuit against Lisa.

Lisa and her husband, Ken Todd, own four restaurants in the L.A. area – SUR, Villa Blanca, Tom Tom, and Pump. SUR is the setting for Vanderpump Rules.

What Does Lisa’s Ex-Employee Allege?

A class-action lawsuit against Lisa and Ken was filed over unfair labor practices in Lisa’s establishments.

The lawsuit was filed by Adam Pierce Antoine and other employees in early December. The lawsuit claims several labor law violations occurring in the VPR star’s restaurants over the last four years.

One accusation is that Lisa failed to pay overtime wages. According to People, the court documents say that employees who worked more than 8 hours per day or 40 hours in a week weren’t compensated.

The former employees also allege that they weren’t given meal or rest breaks guaranteed by the labor law. The law states that employees must get a meal break when they work for more than 5 hours.

Adam (not to be confused with VPR star Scheana’s Adam) is suing for $25,000 in damages. Lisa hasn’t commented on the lawsuit. She did have a comment about a car driving into Pump.

TV Shows Ace reports that the Ferrari crashed into the patio of Pump during Sunday brunch. Luckily, no injuries were reported. Lisa and Ken seemed to take the incident humorously.

Ken commented that accidents happen and no one was hurt.

Lisa took an even more light-hearted approach. She posted on social media that Pump isn’t a drive-thru restaurant.

Who Paid for the Vanderpump Rules Premiere Party? Not Bravo, Lisa Says

Television shows typically have premiere parties before the first episode of a season airs. Vanderpump Rules is no exception.

Lisa and the cast descended on West Hollywood Monday night before the premiere to celebrate the show’s 8th season.

During the event, Lisa surprised fans by throwing shade at Bravo for not paying for the party. She thanked Lala Kent’s fiancé, Randall Emmett, for footing the bill.

Reality Blurb reports that Randall shelled out $50,000 for the party. Lisa said,

I just really want to thank you for being so generous and gracious and doing what Bravo could have done but didn’t.”

Fans can expect to see more of Randall during Season 8. After years of Lala’s begging, the hotshot movie producer agreed to appear on the show.

Randall recently produced the Netflix hit The Irishman. The saga is getting Oscar buzz.

A source later clarified that the networks don’t pay for premiere parties, production companies do.