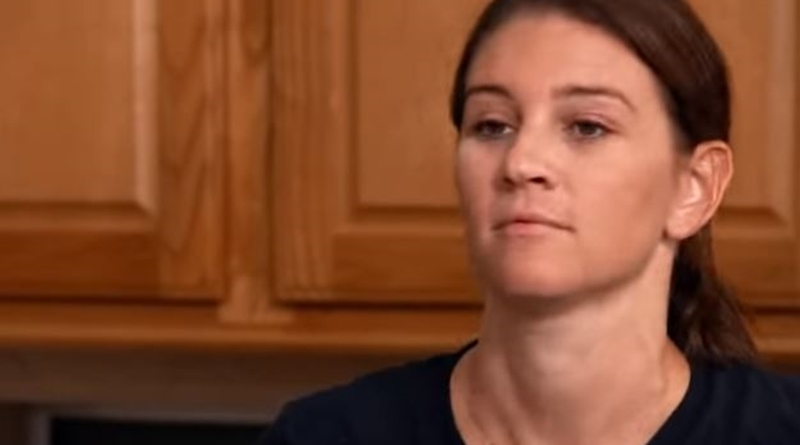 OutDaughtered on TLC brings us mom Danielle Busby, her husband Adam, her eldest daughter Blayke and the five cute quints. Born on December 23 in 1983, she’s a Capricorn. We see many sides to Danielle between the TLC show and her Instagram. So, how much of a Capricorn is she?

Danielle enjoyed a nice run-up this Christmas season. She partook in the League City Christmas Parade as a celebrity marshal. Then she enjoyed time shopping with the kids. She also attended their year-end school play. Plus, she obviously helped get up the Christmas stockings and decorations. TV Shows Ace noted that the Busby family even out up a tiny little stocking for her beloved dog Beaux.

Danielle celebrated her birthday this week, which is very close to Christmas. Too often, birthdays close to seasonal holidays get lumped in with the general holiday. But, her family made sure she got some celebration time for herself. The OutDaughtered mom shared a pic on Instagram showing her with a big plate of fairy cupcakes. She wore a “Happy Birthday” hat on her head. Many Capricorns noted her Zodiac sign.

We’re not sure if Danielle’s all that much into Zodiac signs. Many Christians don’t go with that sort of thing. But, we’re willing to bet when she was younger, she sneaked a peek at her horoscope. Checking up with Astrology Zodiac Signs, we discovered what to expect from a Capricorn. Actually, according to them, it’s interesting to note we sometimes see almost every suggested trait at one stage or another.

The site suggests as a Capricorn, the OutDaughtered star should have good strengths. These include being “responsible” and “self-disciplined.” Plus, she would have good “self-control,” as well as being a “good manager.” Well, we know from her Instagram that she regularly sets aside time for her various fitness and clothing lines. There’s an indication of being a good manager. It also takes self-discipline to arrange your life when juggling a huge family, businesses, and the TV show. On the OutDaughtered show, we often see her maintaining control of herself. But, occasionally she loses it with Adam and the kids.

Hope you #cadigirls had a fabulous start to your week! Some words of encouragement this week as you plan out your fitness goals …. #dowhatyoucan 💕#mondaymotivation #fitnessmotivation #cadifitness

Does Danielle have Capricorn weaknesses?

Astrology Zodiac Signs talks about Capricorn’s weakness, noting these include, being a “Know-it-all, unforgiving, condescending,” and “expecting the worst.” Well, in a recent TLC clip of OutDaughtered on YouTube, we pretty much saw all of those traits in one argument with Adam. In the scene, we saw them arguing about the fact that Adam believed they discussed him going to Dallas. He said they talked about “when would be the best time.” Danielle totally denied it happened, overruling Adam’s recollection. Yep, she knows it all.

Talk about unforgiving, she really put her anger out there. When Adam asked why he’s being “vilified for trying to provide for [his] family,” Danielle got condescending. And, Adam hit back with, “this house doesn’t function without you, Adam.” In fact, the conversation ends up being about how Adam not being there means the worst outcomes for Danielle. She tells him, “I’m over you, get out of my face.”

Capricorn likes and dislikes – is this Danielle?

The site also tells us, as a Capricorn, the OutDaughtered mom likes “family, tradition, music, understated status, and quality craftsmanship.” Well, we’re not too sure about her tastes in music. But, we know she’s all about her family, birthdays, seasonal holidays and the rest of it. On quality craftsmanship, Danielle certainly tries to keep her home looking good.

Meanwhile, her Capricorn dislikes, get described as “almost everything at some point.” Well, we know that Danielle mostly comes across as a totally devoted mom. But, she dislikes when the kids fight. Sometimes she agonizes over that. She disliked the idea of Beaux but fell in love with the little doggie. She disliked moving to their temporary home, but then decided she loved it. So, it seems Danielle gets over her dislikes quite quickly.

What did you think about the Capricorn traits that fit what we see of Danielle Busby? Do you think she’s very much a Capricorn? Sound off your thoughts in the comments below.