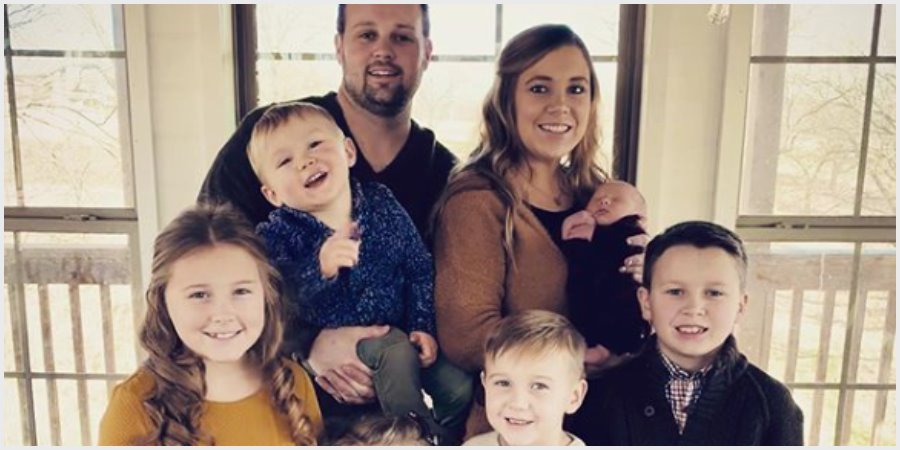 Josh Duggar’s wife Anna Duggar posted a picture of their sixth child, Maryella on Instagram. She had tons of comments from mothers asking where she got the things in the picture with the baby. Duggar was happy to share.

She said, “the outfit Maryella was wearing in Aunt Jana’s story is from KicKee Pants. They are my current favorite because they’re adorable and super soft.” Some fans had a different type of comment to leave. They were worried about Maryella’s health.

Several of you have asked about this outfit Maryella was wearing in Aunt @janamduggar ‘s story. It’s from @kickeepants they are my current favorite because they are adorable, super soft, and they still look good after multiple washes! 👶🏻👍🏻 What are some of your favorite brands for baby items and clothing❓ #littleduggars #Maryella #Duggar

Why Were Fans Concerned When They Saw Anna Duggar’s Post

One fan saw the picture and posted, “she’s beautiful; is it just the filter on the pic, or is she a little jaundice? Not judging or hating by any means, just an ER nurse with an eye for it.” Some fans agreed with one saying she wasn’t going to comment unless someone else did. A different fan said they thought it was probably just a filter she used on the picture. The original poster said, “very well could just be a filter. It’s baby #6 I’m certain if she was jaundice she’d see it, or perhaps already has and she’s being treated. Was just my nursing eye thought.”

While the lighting is bad in the picture, it is possible she used a filter that creates a yellowing of the skin. Maryella was born the day before the Thanksgiving holiday according to Pop Culture. Josh and Anna Duggar have five other children ranging in age from nine to two; Mackynzie, Michael, Marcus, Meredith, and Mason. Anna and Josh said, “on Thanksgiving eve our hearts are overflowing with joy and gratefulness for the arrival of our sixth child! Maryella Hope arrived this morning at 9:12am. 8 pounds and 2 ounces, 20 inches long.”

The Family Celebrated The Life Of Mary Duggar

They also shared a picture of their family at an Ugly Sweater party. Last year the Duggar grandmother was at the party. She passed away in June and the paid tribute to her. Anna said, “we reflected on last year when Great-Grandma Mary Duggar was here with us and all the precious memories we made then.” She said to remember the importance of holding onto the good times around the holidays and not.

Most likely Anna Duggar won’t respond to the social media comments because that’s not her way. She will probably take notice of the color of baby’s skin now. What mother wouldn’t get a little paranoid when complete strangers say your baby looks sick?