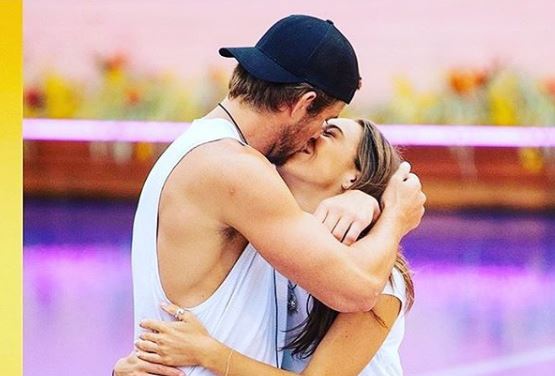 Love Island couple Alex Stewart and Dylan Curry really hit it off on the show. They left together as a couple and fans expected them to last. It turns out that things didn’t work out. Both of them went to their Instagram to share that they are over.

Love Island couple is over

The fans have been wondering what is going on with Alex and Dylan. Today it was finally all cleared up. Check out what they both had to say below. 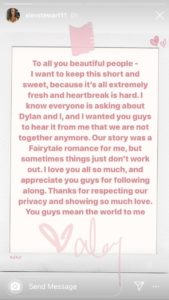 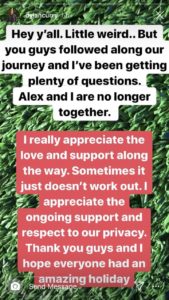 It sounds so far like both are telling the same story. Things just didn’t work out. It is great to see that neither one of them is bad-mouthing the other one. Alex didn’t remove all of her pictures with Dylan from her page. Dylan seems to be doing the same and leaving his up. It is classy to see them handling it that way.

Season 2 of Love Island is coming. There is not an exact date for the show, but they will be casting. That means that Alex and Dylan are both single once again. Could they invite them to be on another season? You never know and it would even get crazy if they were on it together. The Bachelor is known for bringing people back for another season or putting exes together on Bachelor in Paradise.

Don’t miss Love Island when it returns to USA Network for Season 2. This show has already been renewed.