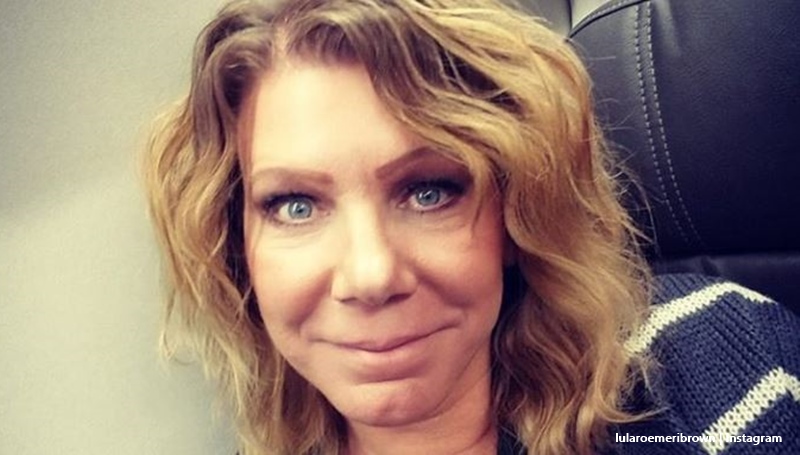 Sister Wives fans long speculated that Meri Brown pretty much left the family. And, tabloid reports seem to keep the theory alive. But, it’s probably because she spends so much time away from home. This week, Meri announced that she visited five places in five days. However, she noted as an afterthought that it’s “good to be home too.”

Meri becomes irritable with fans who ask if she’s left Kody Brown. But really, she spends so much time away from Flagstaff and the family that one can hardly blame them for asking. After all, she’s got a lot of fans who genuinely hope she’s in a happy place. Actually, Meri’s mostly in a happy place on her social media. It seems that the TLC twist always shows her tearful, unhappy and frustrated. That’s a paradox with what we see on her social media where she always looks happy and excited about life.

In October, we reported that Meri Brown went off on yet another LuLaRoe cruise. Then we saw she went to Las Vegas where she stayed with friends. Shortly after that, she posted about a trip to Salt Lake City to do some Christmas shopping. Now, just a matter of days later, she returned to Flagstaff, dumped her suitcases and hit the road again. If you look at Meri’s Instagram, the Sister Wives star actually seems to be away from her family more often than not.

When Meri said she’d been to five places in five days, she meant the trip to Salt Lake City then a short stop in Flagstaff before heading off again. She captioned her latest Instagram with, “Well here we go again! Atlanta here I come! 😊 Arizona, Nevada, Utah, Texas & Georgia all in the course of 5 days! 🚙✈😊.” No wonder fans worry that she might not be featured in the Sister Wives show again. Is she ever there to film? And, InTouch Weekly notes that there’s a strong possibility they are filming right now. That came via a clue from Christine Brown.

In answer to questions by fans, Meri said, “I was glad I had 2 suitcases, there’s a full one still at home from the weekend trip lol.” Then she added as an afterthought, “I love [traveling]! Although it’s definitely good to be home too!” Hmmm, well some fans remain unconvinced about that. After all, making time for home and family is really part of a balanced life. But, it’s Meri’s life and she can do what pleases her. And these days, traveling with LuLaRoe seems to please her far more than the company of Kody Brown and his family.

What do you think about Meri Brown being in five places in five days? Do you think she seems to spend most of her time away from home? Sound off your thoughts in the comments below.