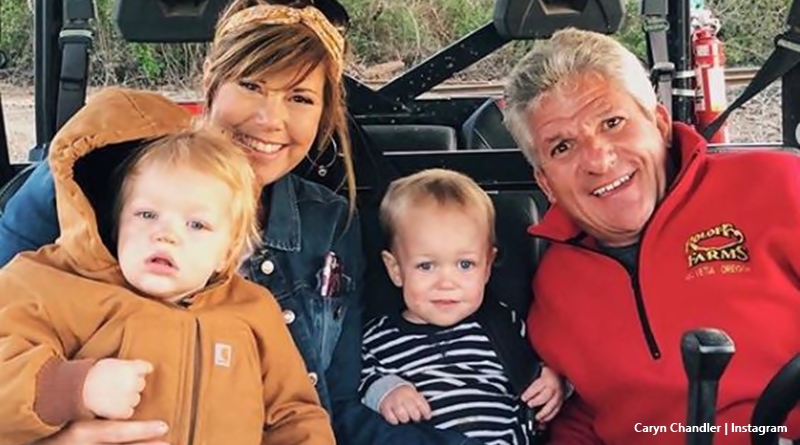 LPBW fans are divided between their feelings for Matt Rolff and Caryn Chandler. That’s because of his divorce from Amy. Now, Amy’s in love with Chris Marek and moved onto a new path in life. There’s no engagement news came from Matt and Caryn, but they look stronger as a couple every day.

With Amy finding new happiness in her life, perhaps some of the trolling on Matt and Caryn will end. After all, if Amy can move on, perhaps fans of the TLC show can as well. Matt’s got his share of devoted followers and they often comment on his and Caryn’s social media about how well they look together. Definitely, Matt smiles a lot these days. Plus it looks very much like little Jackson and Ember enjoy Caryn’s company.

Sometimes, we see the LPBW matriarch engaging with Caryn’s kids, so both families seem accepting of the fact that Caryn and Matt are now an item. The main focus of the show always aimed at installing tolerance and understanding toward the little people community. And, just like other average-sized people, they face emotional and relationship issues. Just because they’re famous for being on TV and belong to a family of little people doesn’t mean they can’t rebuild their respective lives. And, Matt seems to be doing just that with Caryn. In fact, TV Shows Ace speculated that sometime, marriage might be on the cards for Matt and Caryn.

Cafe Mom revealed that Amy and Chris made their relationship official, and became engaged in September. We never heard about any engagement plans between Caryn and Matt, but they seem in a very good place.  On her Instagram, Caryn shares more and more of them out and about. This weekend, she shared a photo of them in Arizona and captioned it with, “Heading to our first mad hatter party… Arizona style !! 🌴” They couple garnered lots of love from fans who commented about how happy they both look.

In an earlier post for the LPBW patriarch’s birthday, she shared, “That smile tho… 😁 My guy is having a birthday today – he wanted something low key so I’m cookin up a Tri Tip dinner.  Happiest Birthday to you Matthew James. ❤️🥳🎂.” It’s the smile that says so much about this relationship. You can’t hide happiness when your radiant smile jumps off the screen. Once again, fans commented on the obvious love between them.

As for Matt Roloff, he also shares about Caryn quite often. He also shared about the party they went to. His caption read, “Caryn and I were invited to a Neighborhood party tonight at the home of our friends Jeff and Sandy… Only condition.. you had to wear a hat! Hat So much fun! 🎩.” One LPBW fan noted, “You to r sure cute! Matt when r you going to put a ring on your sweet girlfriends finger?” Another said, “Y’all make such a nice couple.❤️.”

In his photos that he shared on his birthday, Matt got compliments as well. One LPBW fan said of their relationship, “Great picture and Matt you look truly happy I’m so glad for you..and I love the T-shirt 🎃.” Another noted, “You two just glow, when in each other’s company.” And, yes they do. Now fans just need to wait and hope they make it all official. Imagine a Little People, Big World season with two weddings! That would be something TLC fans will never forget.

What do you think about Matt Roloff and Caryn Chandler looking stronger than ever as a couple? Would you like to see them married, Amy married, and a brighter future for everyone involved? Sound out your thoughts in the comments below.

Remember to check back with TV Shows Ace often for more news about the cast of  LPBW.