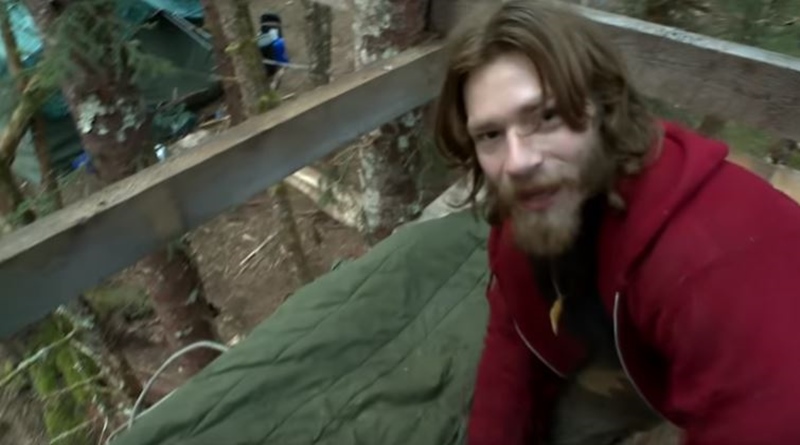 Alaskan Bush People star Bear Brown went quiet on social media for a bit. But, he’s back and sharing about Raiven’s pregnancy and the beauty of the wilderness. His latest post is all about the baby. As you can imagine, he’s getting super-excited about being a dad.

TV Shows Ace reported on September 10 that “Bear Brown and Raiven Adams called things off just two weeks after the Alaskan Bush People couple announced their engagement. Adams claims the reason comes from the ‘drama’ and ‘harassment’ she’s received from her time in the spotlight.” Fans grew very disappointed as they knew Raiven was pregnant. But, their sorrow turned back into happiness with an announcement on October 1.

Once again, TV Shows Ace reported on the new events in the lives of the Alaskan Bush People. We noted, “Brown made the announcement on his Instagram, ‘Hey everybody out there, I wanted to let you all know that Raiven and I decided to give it another shot. After having been separated for a little bit, we found we still had feelings for each other. So we’re going to give it another try. Thank you everybody out there. Stay awesome and God bless.'”

Presumably, in the past three weeks, that never changed. So, soon, Elijah Connor Brown will get a cousin to play with.

Bear Brown’s Instagram page is private, but he’s quite good about accepting follower requests. Late Tuesday night, Bear shared a photo of a scan. One fan pointed out, at 15 weeks, “Its ear are JUST moving from the neck, into the right position and its eyes are at the sides of its head. Probably not the ideal time for a 3D ultra sound.”

But, the rather blurry image thrilled the star of Alaskan Bush People. he captioned it with, “Hey everybody! Check it out! So amazing so awesome! Raiven’s and my baby, is at 15 weeks! I can’t wait to hold this little one in my arms!” Well, fans think Bear’s gonna be a wonderful dad. Of course, fans commented on the post. One fan wrote, “Congratulations what a wonderful exciting life event!!” Another noted, “Congrats to you bear and raiven and the family wow your family is growing so fast god bless you all and hope everyone’s doing well hopefully show be back on soon.”

Naturally, some witty people came with clever comments. one person said the photo looked just like Bear. Another one asked if we can now call him “Papa Bear?” What do you think about Bear Brown getting so excited about the pregnancy? Do you hope it all works out well for him and Raiven so they enjoy parenting their child together? Sound off your thoughts in the comments below.