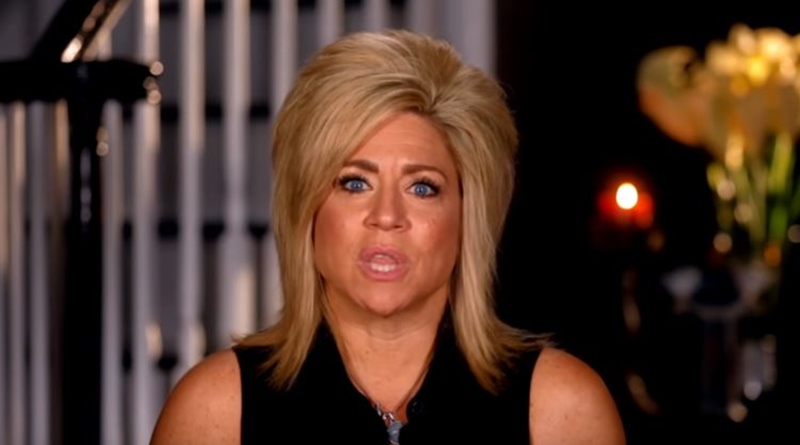 Long Island Medium returned to TLC for season 14 on October 18. Theresa Caputo learned she has an uncanny talent for insights into the spirit world after her mom took her to a healer. Later, she learned to channel her energy and come up with surprising and often accurate scenarios. She often comforts clients over the passing of loved ones. And, she did an unscheduled and unexpected reading for a vid crew member

TLC’s so popular with viewers as they seldom bring boring shows to our screens. With shows like 90 Day Fiance, My 600-Lb Life, and the controversial Duggar family, they still add to their collections of reality TV entertainment.

TV Shows Ace noted recently that apart from the return of the Medium for season 14, another Long Island show comes as well. It’s titled, Unpolished and premieres on November 17. So, it looks like fall’s an interesting time for fans.

Now, it seems one of Theresa Caputo’s encounters brought surprising and interesting outcome for a vid crew member. Yahoo reported that the star of Long Island Medium joined them on their Lifestyle set. But, she caught the vibes from one of the crew.

On camera, Theresa said, “why do I see you like scrambling…like Rushing?” The reply came, “There was a blizzard the night she passed away and actually, no-one could get there.” Well, according to Theresa, that’s actually “a blessing.”

Theresa explains a sad situation turned into a blessing

The Long Island Medium star elaborated on what she’s getting from the deceased. “It’s a blessing she couldn’t get there.” Her message was, “I didn’t want her to watch me take my last breath.” Theresa also said that the deceased is “so proud of you.” Of course, that created an emotional moment for the vid crew member who smiled and wiped away a tear. Later in the video, Theresa talked a bit more about the new season of the show.

She said that she’s “always excited about a new season.” Plus she noted this season’s got “a lot of new things” in it. That’s apart from the usual healing messages. She reiterated that she’s an “empathic” communicator with spirits and she feels their energy. And, she says it’s important to note that the person on the spirit side needs to validate something to the living person she’s speaking to. Well, she certainly managed that with the Yahoo crew member.

Asking the crew member to come across and sit down, she said she felt something in her legs. And, she knew who the message came for. The Long Island Medium star explained that “prior to their departure [this person] could not move around” and “might be bedridden.” It turns out she got that spot on. The deceased person couldn’t walk. So that sounds pretty amazing.

If you love this sort of show where Theresa Caputo passes on healing from the spirit world, then tune in to TLC on Fridays. What do you think about this surprise reading for a member of Yahoo’s vid crew? Sound off your thoughts in the comments below.

Remember to check back with TV Shows Ace often for more news about Long Island Medium.

Is Pregnant Joy-Anna Forsyth Struggling To Manage Her Home?
‘Below Deck’ Captain Lee Rosbach Explains Rehiring Issues
Kim Kardashian Flashes It All In Braless Fiasco
Hulk Hogan’s Daughter Eyes Christmas In Bikini
Did Kim Kardashian Come Out On Top In Her Divorce?