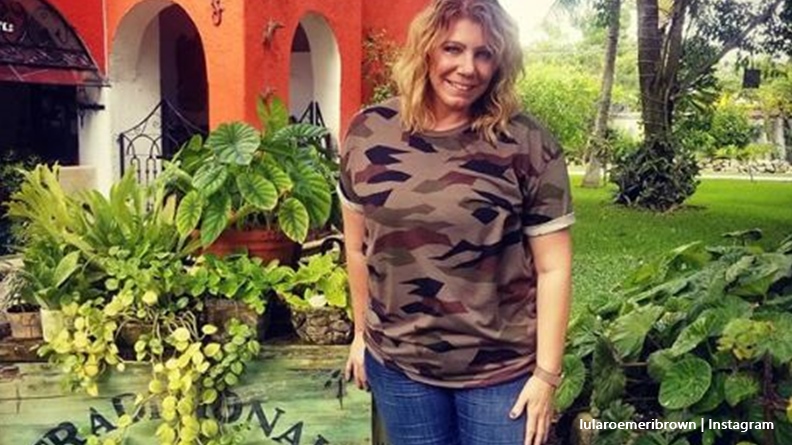 Sister Wives fans heard that Meri Brown’s on a cruise. TV Shows Ace speculated it might be a LuLaRoe event. Anyway, she’s still on her cruise and currently in Cozumel Mexico. But earlier, there was a party on the ship and a karaoke. As her followers know, Meri often slams the media who write rumors about her. But, she’s also notorious for sharing clips like her latest Instagram Stories. Clips that only really seem to spark additional rumors.

Meri keeps her fans guessing on her status with Kody Brown and the other wives in the TLC show. More often, these days rumors arise that she’s left Kody and avoids the other wives. Rumors come from Radar Online that she’s renting a house to avoid building a home with Kody. Other rumors come that she’s out and about with other men. Mostly, these turn out to be friends from LuLaRoe or even relatives.

With Meri traveling so much with LulaRoe and down to Utah to the BnB, this seems to strengthen the rumors that she’s on her own these days. And persistent rumors arise that maybe she’s got a new male interest. Many of the Sister Wives rumors come from posts that Meri makes. Often taken to extreme interpretation, some posts really invite more speculation. Meri hates the rumors that surface, but now she shared on IG stories and these clips will only fuel the flames.

Is Meri playing and toying with her fans when she shares some stuff on IG?

And, it’s not so much that they sing, but they look very cozy indeed. For a start, through the numbers she filmed, he’s got his arm around her most of the time. At one stage, she’d got her head on his chest and vice versa. Now, maybe he’s just a friend, and they’re all having fun. But, fans will jump to conclusions. Meri really must expect the rumor mill to get into full gear.

If Meri knows media pick up on the smallest thing and write about it, then one must wonder why the Sister Wives star helps to fuel those rumors. For all fans know, it could be a cousin, an innocent relative, or any number of friends.

But, if she does not want rumors, then why share it so widely on social media? While she claims to hate rumors, perhaps Meri’s the one Brown wife who managed to keep the interest going very successfully.

Some screen-capped clips are shown below:

What do you think about Meri Brown hating rumors, but then posting clips like these that are bound to spark more? Do you think she secretly plays the media to keep in the spotlight? Sound off your thoughts in the comments below.