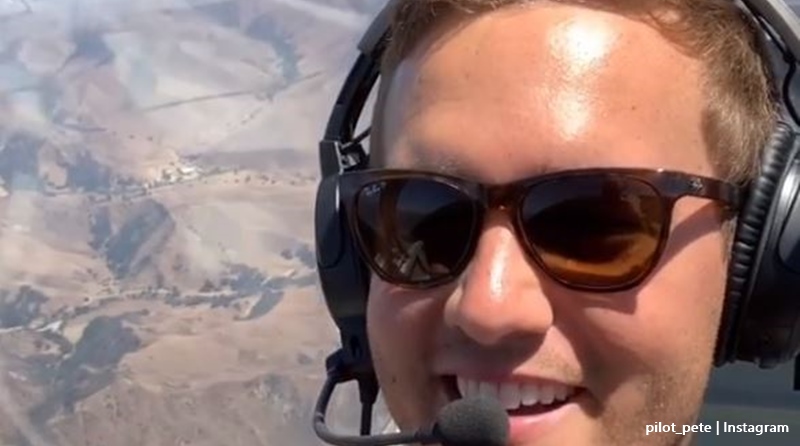 The Bachelor‘s well on its way with filming the season for Peter Weber. Leaks already suggest he’s serious with at least one of the female contestants. Hopefully, this time, the pilot finds the girl of his heart. If he does, it would be a success with girlfriend number four that we know of. Who were his previous girls?

TV Shows Ace reported on some leaks by Reality Steve. Usually reliable, Steve revealed that Kelsey Weier’s likely to go far with him. We noted, “Kelsey was Miss Iowa in 2017. She competed for Miss USA as well.” She’s one of quite a lot of pageant girls, and there’s reportedly quite a lot of drama already. Of course, we know about pageant girls and their infighting from Hannah Brown’s season of The Bachelorette.

The Bachelor fans know that Hannah definitely featured in Peter’s life. Fans recall that things got so heated that during the Fantasy Suites, they got down to the windmill thing which will remain etched in the history of the ABC franchise. But things ended up badly for Peter after his ex stepped up to claim he broke her heart for the show. Poor Hannah – Jedd Wyatt also had a girl and he broke her heart for Hannah as well. As we know, Hannah dropped Peter and fans thought she made the mistake of her life.

Before Hannah B, Peter Weber dated Calee Lutes, a model

The couple dated prior to The Bachelorette show’s filming, according to Peter Weber. But, Calee said Peter dumped her to get on the show. Peter never hid the fact that he had a previous girl in his life on his segments with Hannah. His ex alleged he was just after fame on the show, Entertainment Tonight reminds us. They noted that Lutes opened up about the new The Bachelor star. “He absolutely betrayed me. He interviewed for a reality dating show while simultaneously planning a future with me. I trusted him entirely and he pulled the rug out from under me.”

Anyway, it seems her allegations ended Peter’s chances with Hannah B. Even Chris Harrison mentioned that the late call for Peter to join the cast was in his favor. Nevertheless, Hannah B obviously doesn’t like people who cheat and he got sent home very downhearted. But, now it turns out there was a previous woman in Peter Weber’s life. Cheatsheet wrote about it. But, it should be noted there is some speculation as to whether she is the one or not.

Another girl gets unearthed on Instagram, people think she was also an ex

Cheatsheet reported on a woman who might have been an ex of Peter Weber. Fans discovered a post about a woman who seemed quite a large part of the life of our new The Bachelor lead. in April 2014, Peter posted a shot of someone who’s rather attractive. Actually, she looks remarkably like him. She could even be a relative, but his caption and body language suggested more than that. He wrote, “Happiest Place on Earth with this cool girl.” He shared a few photos of them standing close together on a trip to Disneyland.

Fans immediately speculated that she was the ex Peter spoke to Hannah about. One fan said, “think this is the girlfriend he always talks about to Hannah?! 😂.” Another fan asked, “you think this is the “old gf” that broke his heart?? 🤔🤔.”

What do you think about the previous girls that we know of in Peter Weber’s life? Do you hope that this time around girlfriend number four will be the one to win his heart? Sound off your thoughts in the comments below.

Remember to check back with TV Shows Ace often for more news and spoilers about The bachelor.