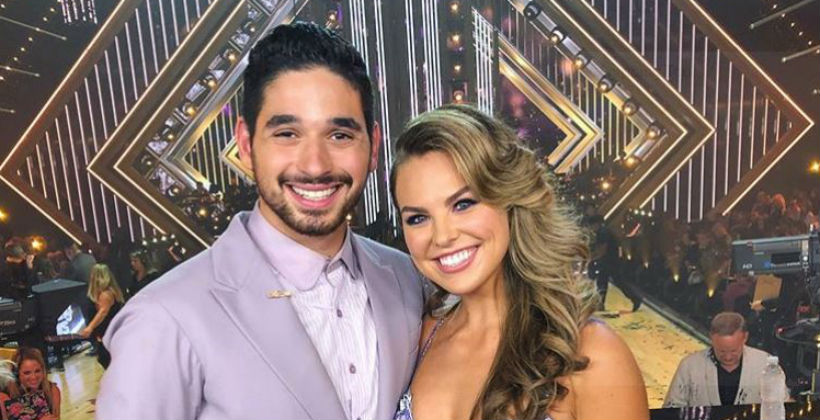 Former Bachelorette Hannah Brown continues to be in the spotlight. She is currently a front-runner competing on Dancing With the Stars. Hannah has suffered heartbreak too often over the past year.  However, She has decided she is not letting it bring her down. Because of rumors she is romantically involved with her dancing partner, Alan Bersten, Hannah is speaking out about her relationship status.

Hannah Brown has decided she does not need a man

Marie Claire spoke with Hannah and she opened up about a lot of things. One thing she discussed is how she is too hard on herself. Hannah says she is her own worst critic. When asked about her relationship status Hannah says she is okay being on her own.

Hannah said, “I will not settle.” She continued “It doesn’t matter how lonely it might feel on a Saturday night by myself when I see my friends posting pictures with their husbands or out with the guy they’re dating. I don’t care. I would rather protect this.” This is referring to her heart.

So it looks like for now, Hannah is perfectly content being on her own. While fans would like to see her start things up with Alan, Marie Claire’s journalist noted she saw nothing flirtatious between the two.

always the bridesmaid…🤷🏼‍♀️ thanks for all the love and support! We had so much fun tonight—fingers crossed we get to dance again next week 🤞🏻 (and I’ll work on my hips I swear!!)💃

What are Hannah’s plans after DWTS?

Hannah says she plans to support herself with a career in television. She aspired to be a broadcast journalist in college but pulled away from it based on others opinions. Hannah is now realizing that it would make her happy.

Aside from television, Hannah would also like to write a children’s book about being comfortable with who you are. She’s not stopping there either. Hannah also wants to someday have her own home decor line.

Hannah says, “I will never pretend like I did not come from Bachelor Nation. But you better bet that now, you’re gonna see me work.”

Hannah is working on building her life the way she wants it. She confessed she only had $70 when she took on the role as The Bachelorette. No doubt she has come a long way since then and will continue to grow both financially and as a woman.

One thing is certain, Hannah Brown will never again apologize for who she is or who she will become.