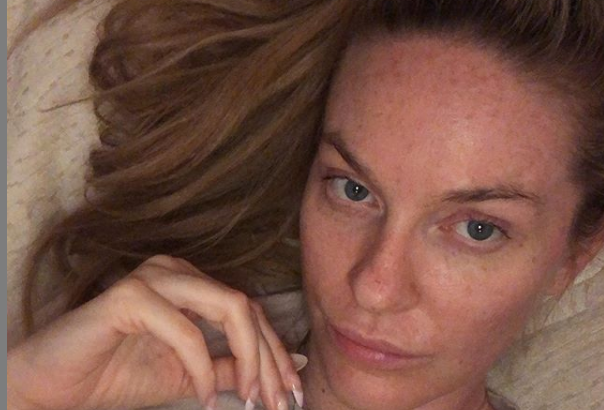 A shocking bit of news has been revealed about RHONY star Leah McSweeney. According to Reality Blurb she once filed a lawsuit against the NYPD. Apparently when she was out with her ex-boyfriend, Daniel Leff, the night went south quickly.

In the report Leah McSweeney said she was trying to kiss her boyfriend goodbye when he was pulled away. Several policemen had jerked him away from her violently.

Was really feeling myself before the sinus infection took over 😍

Why did Leah McSweeney sue the police department?

Leah McSweeney said the two were saying goodnight outside the Hammerstein Ballroom when the incident happened. The court documents were filed in 2004.

The RHONY star said the officers dragged and repeatedly struck her boyfriend in front of her. She was holding a bottle of water and excitedly threw it in the air. It landed close to the police officers.

This caused one of the officers to lunge towards her and struck her in the face with his fist or some object. She claimed she suffered, “contusions, bruises, and a fractured tooth.” Not only did that happen, but she said she also was forced into a police car with Daniel and taken to the precinct where she was threatened and humiliated.

The reality star was handcuffed to a chair

After she was held in the Midtown South precinct she was taken to Central Booking and questioned again there. After this she was sent to Bellevue Hospital where she was handcuffed to a chair in the emergency room with no one telling her why. She had been placed in the psychiatric unit.

This went on for several hours. In the lawsuit Leah McSweeney said she was put in, “extreme physical and emotional distress, and wrongfully confined to a holding cell.”

The NYPD responded to the lawsuit saying that any injuries she sustained allegedly during the incident was because of her. They stated it was the plaintiff’s own,”culpable or negligent conduct and was not the proximate result of any defendant City.” It’s unclear if this is because of the water bottle or something else she did.

The case eventually settled for a lot less than McSweeny asked for. No matter who was at fault, it seems the episode was traumatic for Leah and she felt a lawsuit was necessary. Leah was recently spotted filming for Real Housewives with Tinsley Mortimer.