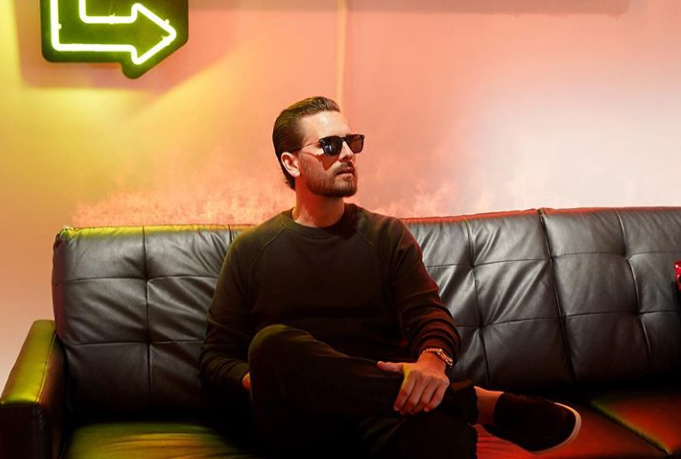 Scott Disick is a lot of things, but no one can say he isn’t a good father. When it comes to his kids, you better not mess with them. It doesn’t matter who you are. In a new promo for Keeping Up with the Kardashians, Scott loses it on Kris Jenner’s boyfriend, Corey Gamble. According to Entertainment Tonight, things got heated at the dinner table.

First, it’s important to note that both Scott and Kourtney have been vocal about not spanking their kids. According to People, Kourtney said, “We just communicate, and I know that Mason may not always agree with my decision.” That’s how they discipline, they talk it out.

Scott Disick Gets Riled Up At A Comment Corey Gamble Makes

Corey Gamble doesn’t see things the same way the former couple does, however. In the clip for some reason Kris’s boyfriend says, “If P scratch me, I’m whipping her a**.” He was talking about Scott and Kourtney’s seven-year-old Penelope. When Scott angrily asks if he’s talking about his daughter Corey responds, “give her a spanking for sure.” Scott Disick now incredibly upset once again says my daughter as the argument escalates.

After he says whipping is the discipline she needs, Scott yelled for him not to talk about a child like that. The argument got even worse with both men cursing at each other getting louder. The three women Kim, Kourtney, and Kris just sit in silence watching.

What Do Fans Think About The Exchange Between Gamble and The Lord?

According to an article on Yahoo some fans are on Scott Disick’s side. One tweeted, “omg #TeamScott all the way. Don’t talk s**t about someone else’s child.”

Some fans are on Gamble’s side. One of Corey’s supporters said, “whoop that a** Corey.” Another said, “I highly doubt Gamble would touch his child…. he’s saying if she were *his* kid and he was disciplining her.”

Corey has had some tension with the family before even though he’s usually pretty quiet. Kanye for example, texted Corey they didn’t know him and had never met any of his family members. Kris has been dating Gamble now for five years but she was offended by the family attempting to dig into his life. In a confessional Kourtney admitted that what happened at dinner shocked her. Fans are looking forward to seeing the episode so they can really know what went on between the two men.

Are you on Scott’s side or Corey’s? Let us know in the comments!