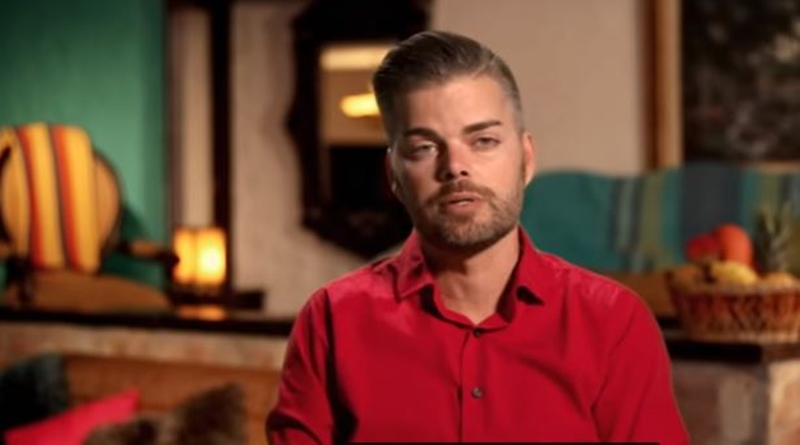 90 Day Fiance fans knew that Tim Malcolm held a secret. Eventually, the secret got revealed. But, before that happened, he challenged people to guess what his secret was. Many of them thought he would reveal that he’s transgender. But, it seems that surprised him. Plus, he was a bit taken aback that people think he comes over as very feminine. Actually, he now confirmed that despite the talk, he considers himself metro.

Late Tuesday night, Tim took to his Instagram to announce a live session where he would answer questions. Unfortunately, it timed out and he hates that about Instagram. Nevertheless, he answered the questions on a Q&A.

Many questions involved if he would marry a woman from Africa or Canada. Some of them asked if he is still with Jennifer, which he couldn’t answer. Actually, he’s very careful not to give away spoilers. But, he did respond to some questions about trolling his femininity. He also addressed allegations of being transgender.

Some fans really don’t seem surprised that Tim’s actually thought of as being transgender as he’s pretty feminine. But, he never seemed to realize that before the 90 Day Fiance show.

His secret that emerged in the recent episodes of the TLC show indicated he had another previous woman from Colombia. So, that’s two others fans know of, as his ex-fiance is an issue with Jennifer seeing she texts him quite often. He’s never been to the altar he says, but it seems that’s not for lack of trying.

On his IG Q&A, one fan asked him about his femininity. They wrote, “Why are you so feminine? US women like men very menly…if that’s a word!”

“I have never had a problem having a girlfriend, so clearly there are some women who like men like me.”

Then, he took to answering some questions about haters. He hates trolling and mentioned the hardest part for him on the show is “seeing people you care about getting murdered by negative comments online.”

Fans know that he and fellow co-star Darcey are close friends. In fact, he describes her as a “sister.” TV Shows Ace reported that he and Darcy reached out to a fan who was bullied. He really hates bullying. When it comes to him being bullied and hated on, sometimes he can roll with the comments. Other times, he laughs at them. But, sometimes it gets to him.

He noted that while he knew he would have haters, the transgender comments caught him by surprise.

Then, he mentioned his own perception of his gender and it turns out he describes himself a metro.

Now, fans of the show know where he stands

One question that went the way of the 90 Day Fiance star was about his gender preferences. The fan asked, “Would you describe yourself as feminine? Not metro but feminine?” Tim answered, saying, “I’m metro for sure.”

If you’re not sure what metro means, the Urban Dictionary explains it. According to their website, metrosexual found it’s root in days gone by. It referred to men with “style and taste.”

They noted these men used to be viewed as “uppercust.” That’s mainly because they could afford the time for leisure. As technology took away much of the daily grind of toiling with their hands, many men can now enjoy fashion, art, and even manicures and the like.

They noted, “An American Metrosexual is like your average European male. In France or Italy, men can be manly and work on cars and know about art and fashion at the same time. They are cool with that and don’t need some special name for the less ‘masculine’ side.”

What do you think about Tim Malcolm being surprised by transgender comments? Sound off your thoughts in the comments below.