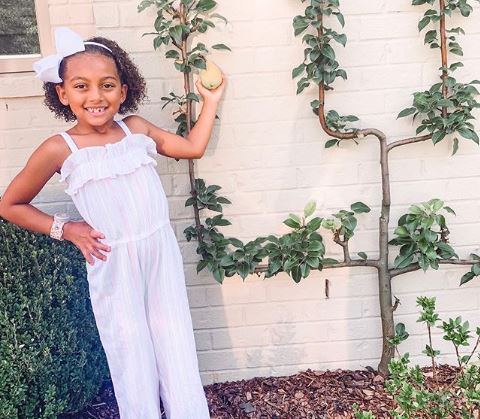 In a new podcast on Chrisley Confessions, Kyle and Todd Chrisley talked about the fact that Chloe lives with her grandparents. Julie and Todd are raising Kyle’s daughter. She is even seen on the show Chrisley Knows Best.

On the podcast, Kyle sat down with his dad to talk about it. This was after Kyle admitted that his recent hospital stay was from a suicide attempt.

Todd explains that they have custody of Chloe. They were protecting her from the disease her father deals with every day. Kyle admitted that Chloe is with them because of his issues with abuse. It also has to do with his mental illness.

Kyle Chrisley went on to say that Chloe “is in the best care she can be in.” At the time that Todd Chrisley took her in, Kyle couldn’t take care of her. They don’t want to move her back and forth. Chloe is happy where she is at now. Kyle made the decision for Chloe to live with his parents. It isn’t like they took her away from him.

Kyle’s relationship with his daughter

Todd admits that Chloe says she has two dads. Kyle says that they asked him and he doesn’t want it corrected. He feels like Chloe should be able to see whoever she wants as a parent. Kyle is not Julie’s son, but he says he sees Julie as a mom. He said he doesn’t feel like his dad loves any of the other children any more than he does him.

Kyle is now on new medication for his mental illness. He was diagnosed as being bipolar around the age of 18. Right now he has his family’s support plus new meds. He is doing well because of this.