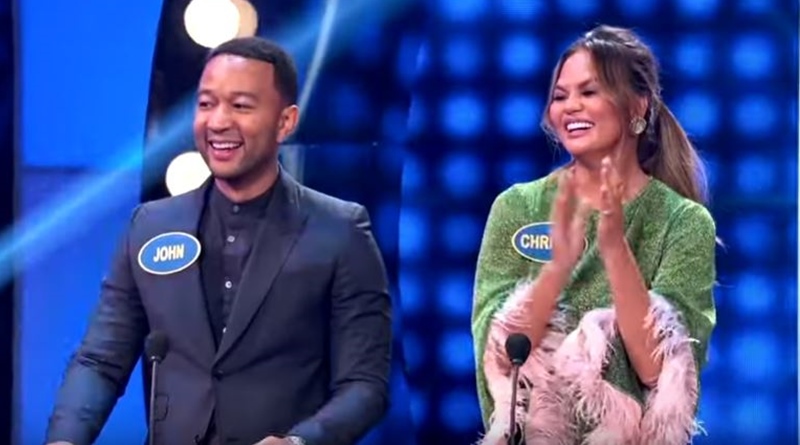 Over on her Twitter, Chrissy Teigen asked friends and followers which one of the TLC franchise they should watch. She posted up:

“What’s a good season of 90 Day Fiancé for a beginner who has no idea what this show is? I’m guessing 1? We’re gonna binge.”

Well, it’s always interesting to see what clever, witty, and famous people have to say about shows millions of other people tune into. For 90 Day Fiance cast members, they can now boast an extremely famous couple in the ranks of fascinated viewers.

Soon after watching some of the TLC show, Chrissy returned to Twitter and shared, “John 10 minutes in: “I do….not regret watching this.”

Further on in that tweet, Chrissy said, “They really hammer in the 90 Day thing. Like, we get it,” before telling followers she would not tell them the episode she’s watching. That’s because she simply hates spoilers! So, let’s keep Chrissy cool with no spoilers if possible.

In her Twitter, we get the idea that one of the episodes she’s watching shows younger people giving their parents a hard time. Perhaps Nicole? Who knows, but maybe after binging all of them, she’ll tell us. Meanwhile, she said, “I have no idea what I’m going to do when Luna starts making dumb decisions I know are dumb and wrong but they gotta learn on their own. These young people are killing me, I feel for these parents!!”

Well, it looks like Chrissy and most 90 Day Fiance fans can agree on that. In fact, people were delighted to see Chrissy watching the show.

As follower @Charlotte_Obie noted, “@chrissyteigen OMG I am so happy about this thread, welcome on board, you’re in for a f**king crazy ride.” Over on Instagram, where the @90dayfiancenews account shared about Chrissy, lots of fans loved it. They announced, “Chrissy & John are now one of us 😂 Her tweet on the bottom though..💀 Now we just need them on Pillow Talk! 😏 #wishfulthinking.”

But, Chrissy should be prepared to become an addict to the show. As @shaneljjohn pointed out, “Listen this show is like a drug you know it’s only gonna end in drama but you can’t seem to tear yourself away from the tv!!!”

What do you think about TLC bagging two huge fans of the show? Are you looking forward to hearing some comments from Chrissy Teigen and John Legend?  Sound off your thoughts in the comments below.