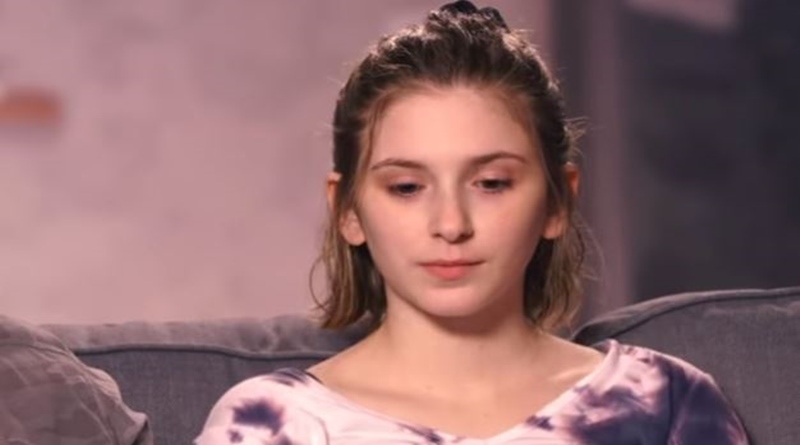 Unexpected Season 3 premiered on August 4 on TLC. While the show brings in new couples, McKayla, 18 and Caelan, 20 return. It appears that many fans of the show are simply not thrilled with McKayla’s return. Especially as she already had a baby and now expects another one. In this season, we see the start of a relationship that’s going downhill. And some fans think McKayla’s way too immature.

Unexpected mom McKayla’s back and pregnant for the second time

Fans of the TLC show can’t get over how McKayla resents Caelan who works hard to provide for his family. Plus, it boggles the mind that after the first unexpected pregnancy, she now blithely gets pregnant again as if she’s never heard of birth control. Her first baby, Timothy’s now two-years-old, but there’s a huge distance between Caelan and McKayla this time around. It seems incredible that McKayla and her grandparents can’t seem to appreciate that her baby daddy works hard and got a home for her and the kids.

However, we see the Unexpected OG run off to her grandparent’s place. Fair enough it’s probably hard for them raising another brood of kids for a second time. However, they enable McKayla’s attitude that Caelan’s not spending enough time with McKayla. They too seem to think it better if Caelan stopped work, became a dependent himself, and helped take Timothy off her hands now and then. In fact, many fans get angry and irritated that all McKayla seems to do is make her videos while everyone else runs around looking after her needs. And now she wants Caelan to do the same thing?

Caelan and McKayla’s relationship on the down, fans unsurprised

As the episodes roll by we see that Caelan’s kind of off McKayla in a big way. She complains he won’t go to the doctors with her for her checkup. Meanwhile, we know from the synopsis of the show that Caelan’s pretty down on the whole thing. In fact, he believes that she’s determined to keep the kids away from him. We can expect to see much of this “custody” issue rear up in the season.

It looks like much sympathy goes to Caelan in this season of Unexpected. As YouTuber user, Surfergrl72Roxy I, said, “I actually feel bad for Caelyn, he look s like he’s actually trying. He seems like he’s really grown-up since last season and there’s just no way to get through to McKayla. It’s what she wants on her terms and her terms only. At least he’s actually working to support his family and nothing makes her happy. The last thing they needed was another child.”

Over on Twitter, many fans of the show feel frustrated with watching McKayla who acts so entitled all the time. Here’s what some of them said about her reappearance on Unexpected:

Can we just say how much of a selfish ungrateful bitch McKayla is?
Caelan literally goes to work and cant physically be there to help with the kids. So she leaves him to go to a bedroom at her grandparents. @UnexpectedUps @TLC #Unexpected

What do you think about McKayla getting pregnant for a second time and acting as if Caelan’s not doing enough for her and Timothy? Do you think she’s behaving badly? Are you one of those fans who are not thrilled to see her back on the show? Sound off your thoughts in the comments below.