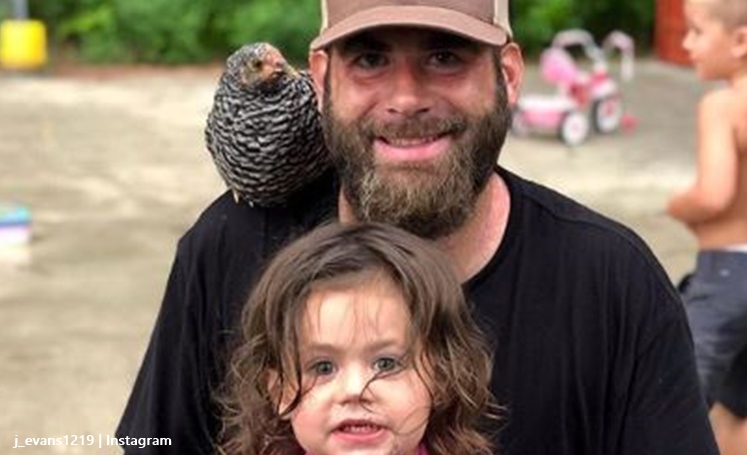 David Eason started a new business, and it’s a Black River Forge metal-working place. It looks like David will work with metal, but so far, the only post shows a handcrafted knife that he made. Jenelle directed fans to the new IG page that he opened for his company. As many of his accounts apparently get shut down fast, hopefully, it stays up for a while for interested people.

Proudly taking to his new Instagram, David showed a photo of a knife he made. It’s one of just three posts. One shows a logo. Another shows Jenelle with Ensley. Well, the knife still needs more work, but he says it’s very sharp. Apparently, David made it with no power tools. In his caption, he added that he “didn’t make a full video on forging the knife but I will make a video for the next one.” So, it looks like handcrafting more knives fit with his plans.

The knife looks very incomplete, so no standing ovations came from his followers and supporters. But, he noted, “I’m thinking about making a handle for this knife and I will post a video If I decide to do that.” Next, he explained about the quality of the carbon and the sheath he plans for it. Amazingly, the comments don’t all come from haters but give it time. One of those hoped this page would come down as well.

On Wednesday night, Jenelle put it out via her stories about the new venture. She said, “Go follow David’s new IG business page.” Some people looked for it and couldn’t find it, but certainly, for now, the new David Eason page remains up on the site. Those that hate the idea of David walking the planet after he allegedly killed the little dog, Nugget made their feelings known. However, many resorted to Jenelle’s personal IG to comment. @stephaniehughes283 noted, “I’ve seriously lost all respect an I reported his new page.”

Usually, people wouldn’t care if someone handcrafted knives, but we’re talking David Eason, the Teen Mom alum who allegedly killed the dog. Many followers of the MTV show believe he’s cruel and violent. Therefore, they shudder at the idea of handcrafted knives. On the post that showed Jenelle on David Easons new IG, followers mainly squabbled among themselves about David and Jenelle. Little of it directed hate at either of them.

Expecting a lot of hate, like those that overwhelm every post Jenelle makes on her Instagram, we checked it out. On the post showing the knife, a few petty trolls tried it on rather feebly. But, it looks like David has some admirers who probably set themselves up to watch the haters. It’s also possible some of the worst comments got removed. Previously, Popculture reported a number of comments that seem to have disappeared.

What do you think about David Eason’s new handcrafted knife business? Do you think working with his hands is a good idea? Or, are you one of those people who suspect he might use them against his own family one day? Sound off your thoughts in the comments below.

Remember to check back with TV Shows Ace often for more news about Jenelle Evans and David Eason.