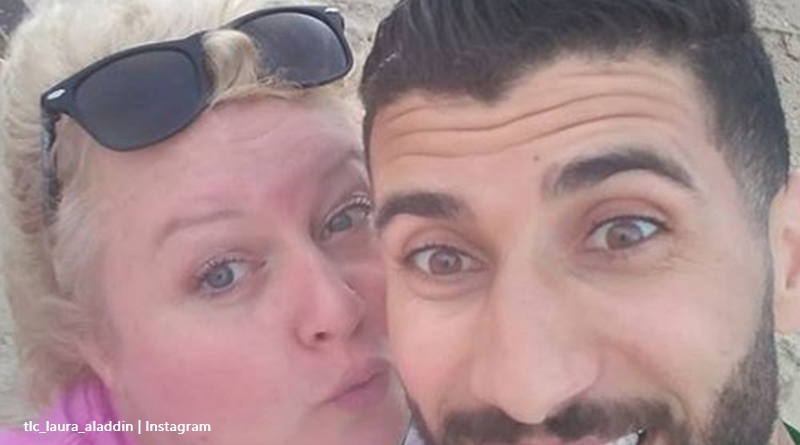 90 Day Fiance: The Other Way fans speculate that Aladin Jallali and Laura may be getting divorced. That came after the episode where we saw Laura talk about his performance between the sheets. After the episode, Aladin took down all his pictures of Laura, and allegedly, she’s back in the USA. Now, Aladin took to his Instagram Stories to talk about his rumored divorce. In part of that statement, he says, “Don’t believe everything you read.” Does that mean tabloid speculations on divorce are inaccurate?

Since the news broke that the couple may be separated, Aladin’s Instagram posts are swamped with questions asking about a divorce. Obviously, he’s still under some sort of contract with TLC and he can’t say much. However, TV Shows Ace speculated it might be just a way to rack up the drama for the show. We wrote, “is [it] just another set of IG boomerang busts and deleting, blocking, unfollowing that’s synonymous with the show?” We wondered [about it] “as that scene got filmed months ago. Did Aladin think they’d never actually screen it?”

Anyway, many 90 Day Fiance fans also wonder about that, and they look for answers. Their answer from Aladin came in a short statement on Instagram. His Story read, “I know everyone is asking about divorce right now. Honestly, the only way to find out what is going on is to watch the show.” Then, interestingly, he said, “Don’t believe everything you read.” Does that mean that tabloids speculating there’s a divorce are just reaching a bit?

Meanwhile, it should be noted that Laura still follows Aladin on her Instagram. In fact, just a day ago, she posted yet another photo of her and Aladin at the beach, presumably in Tunisia. She did caption it in a sort of ‘nostalgic’ way though. Her caption said, “Good times.” It’s probably a throw-back picture of their vacation where they attended some beach parties.

So, that does not confirm or deny any divorce. However, 90 Day Fiance fans also asked her about it on the post. One of those said they saw that Aladin Jallali said in Arabic on his IG that we “would divorce her.” However, that comment seems to have disappeared, if it ever existed. Also, some fans wonder, if she’s back in the USA as her son allegedly claimed. Why did she not go to Canada?

So, as there’s nothing more conclusive from either party, for now, we can only watch the show. But that very last sentence on the statement by Aladin about ‘Not believing everything you read,’ is a bit encouraging. Right now, articles say they are divorced or on that road. Maybe that’s not actually really the case. What do you think? Sound off in the comments below.