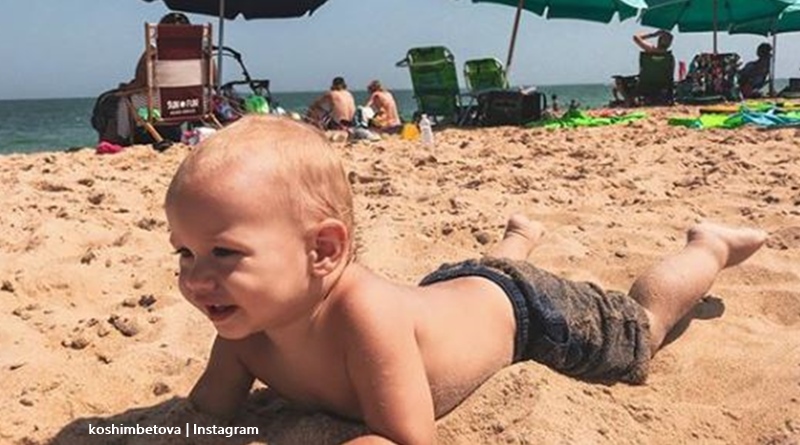 90 Day Fiance couples sometimes perplex fans of the TLC franchise, but no matter who they are, babies fascinate everyone. Steven Frend and Olga, both young, somehow made their long-distance relationship work. Now in the USA with their son Alex, Olga quite often posts about Richie Alex on her Instagram. The cute and sturdy little boy’s growing up fast, and fans love interacting with her about him. Now, Olga talks about their baby Richie Alex, sharing details of her relationship with her son.

Most Q&A sessions on Instagram get done via Stories, which loses some of the flavor. But, this time, Olga held her Q&A in a standard post. It gave many 90 Day Fiance fans the chance to ask questions at their leisure and see other questions and replies. So, thanks to Olga for taking the time to share like this. One of the most popular questions involves the name of their baby. Fans asked for clarity, as they hear the baby boy referred to as both Richie and Alex.

Olga explained that Alex’ full name is Richie Aleksandr. On the show, he often got referred to as Richie, and some fans hated that. They accused Steven of trying to ‘Americanize’ his name. Well, that’s not correct, because, like many kids, he has two names. The young family of three actually prefer to call him Alex “because he looks like Alex.”

Olga says Alex really doesn’t talk much, She explained he’s at the age where “he makes [facial] expressions and sounds when he likes something or if he sees something new. But every time when Steven has to leave Alex always…run after him and scream Dadddaaaa.” Meanwhile, his first word was “baba.” Of course, that means “grandmother” in Russian but Olga thinks maybe was just the easiest thing for a baby to say.

The 90 Day Fiance couple speak different languages, and because of that, Alex learns two languages as well. Olga speaks in Russian and Steven in English. However, Steven’s picking up for Russian as well. Olga says, “Alex understands both languages. And I guess sometimes Steven does understand what I’m talking about with Alex.”

Other Q&A questions answered by Olga of 90 Day Fiance

So many questions came in, it’s impossible to fit all of them in here. However, some selected questions from 90 Day Fiance fans might be of interest. Here’s a few of them below:

On the question of getting married, 90 Day Fiance star Olga mentioned in a recent Q&A that they look to be in no rush. After all, they still have most of their 90 days to tie the knot. In the meantime, she just enjoys the experience of spending time with Steven and her son.

No babies, no hurry for Steven and Olga

In the same previous Q&A a few fans asked if Steven and Olga plan another baby back then, we reported that Oga just said,  “nope.” That makes sense because right now as the family’s still settling into their new lifestyle. In fact, it looks like this relationship could turn out to be a rare success for the TLC series. That’s despite the fact that Steven played the routine ‘villain’ role in season 6 of the show.

Remember to check back with TV Shows Ace often for more news about Olga, Richie Alex and Steven Frend of 90 Day Fiance.