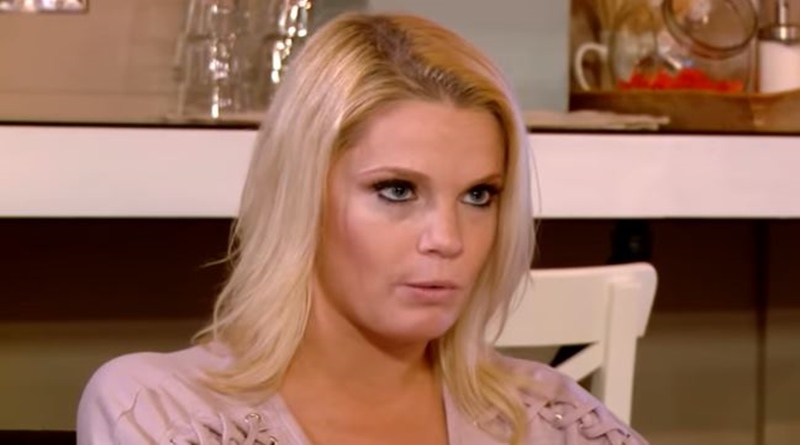 90 Day Fiance‘s Jay Smith’s sitting in the cooler, either awaiting deportation or another bail hearing. It depends on whether you listen to Jay or Ashley’s side of the story. Initially, he turned himself in over a PFA filed by Ashley that he allegedly violated.  Now, with Ashley determined he’s going to be deported, maybe her motivation’s because she’s also in the hot seat with the cops. We heard about the fire-extinguisher incident, and she’s actually been charged for that.

90 Day Fiance‘s Ashley mocked the charges on her Instagram

As fans of the TLC show know, Ashley tends to be quite flippant on her Instagram.  Recently, she wrote a long farewell after noting the end of the Happily Ever After as its wrapping up. Playing around with people, she let them believe she would never appear on TV again. Eventually, though, she made the clever comment on how that didn’t mean she was off TV forever. Several times on her stories, she also hinted at a TV career outside of TLC.  Well, if maximum penalties apply for her being booked for alleged assault and criminal mischief, maybe we’ll yet see her on Love After Lockup.

Anyway, it seems Ashley’s not taking the charges laid against her very seriously. Over on her Instagram, she joked about not having a mug shot. That led to a bit of a clash with Afterbuzz TV  who tracked down some details on it. (You can see the clip in the video further down this page).  According to Afterbuzz,  they spoke to the West Shore Regional Police Chief.” (July 25).  They explain the incident relates to when “Ashley allegedly threw a fire extinguisher through her estranged husband Jay Smith’s window.” It looks like maybe Ashley should take the charges a bit more seriously than she does.

Criminal mischief’s not too bad a crime, assault’s a different story

Afterbuzz confirmed that the charges against Ashley involve criminal mischief and assault. They note that the criminal mischief charge might result in a “possible fine and restitution.” However, “the assault charge has a possible $5,000 fine and up to a two year in jail sentence.” Of course, there’s both sides to every story, and Jon Yates, social influencer on 90 Day fiance, went live to IG to discuss it.

The Hollywood Gossip reminds us that “Ashley and Jay BOTH went live …with blogger John Yates, each sharing their side of the story on the incident of May 31.” And yeah, Ashley said, “I threw a f–king fire extinguisher through his window.” So no remorse there. But unfortunately, not only did she allegedly break the window but apparently, the extinguisher also hit a friend of Jay’s.

A preliminary hearing for Ashley Martson in August

Hollywood Gossip also reminded us that Jay felt she’d called around randomly, while Ashley said he’d invited her over. When she got there, he wouldn’t open the door but she heard female voices inside and lost it. That’s when the fire extinguisher got thrown.  Allegedly, 90 Day Fiance alum Ashley had some drinks beforehand. Well, we wonder why anyone would split and then go on over for a hookup. Also, why drink before you go? If you don’t trust a guy, well, stay sober at least.

Whatever happened, no doubt the police and the courts will decide once and for all, the rights an wrongs of all the drama. Afterbuzz TV confirms that Ashley Martson’s due for a preliminary hearing on “Wednesday, August 28, at 10 am.” Could that be why Ashley seems rather keen on the idea of Jay being deported before then?

What do you think about all this drama and Ashley being booked on alleged assault charges? Do you think she needs to be a bit serious about it? After all, she could face up to two years sitting in a jail cell. If nothing else, it might fuel a bit of empathy for Jay, who experiences what that’s like, right now. Sound off your thoughts in the comments below.

Remember to check back with Tv Shows Ace often for more news about 90 Day Fiance.