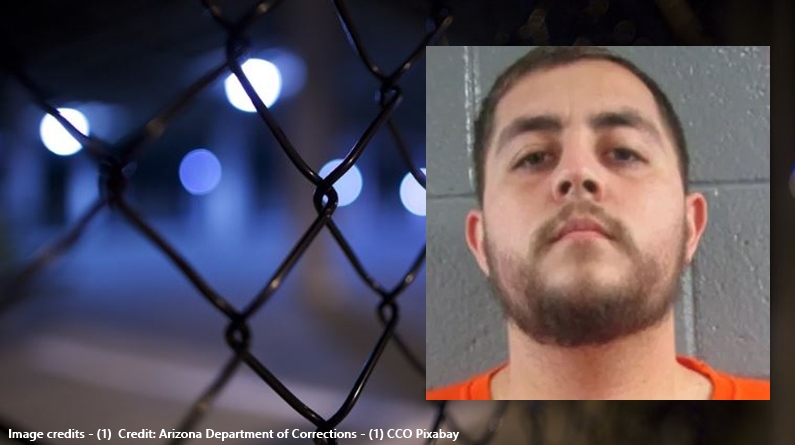 90 Day Fiance fans know that Jorge Nava went to prison in September last year. His arrest came after he was caught in possession of nearly 300lb of marijuana. Now, with not many months behind him, he still faces a long time as he needs to serve two-and-a-half years. In the meantime, he’s working in prison and climbs the ladder behind bars.

You don’t go to prison and end up with the top job in the place, so Jorge started out as a garbage collector. According to Radar Online, he only worked at that job for “42 hours.” We don’t know if he hated the job or just got put in his place for a while, but he took on another job. According to the Arizona Department of Corrections, that job came while he was “under evaluation.”

Next, he went on to work in the kitchens. We heard it in the movies and read in books that kitchen jobs are favorable positions in prison. Anyway, they made him a kitchen clerk and he worked that job for 282 hours between March and May this year. Next, he moved on to become a cook where he’s worked 256 hours. Certainly, it looks like the 90 Day Fiance star’s learning some culinary skills. Possibly he’ll get a job with food instead of marijuana when he gets out of jail.

It’s never easy for life partners when one of them’s incarcerated. However, Anfisa Arkhipchenko’s keeping busy and making a bit of a splash in the tabloids. 90 Day Fiance fans hear that she been competing in the NPC fitness competition. In fact, she “took home first place in three different categories,” Radar wrote.

That 6 donuts and Taco Bell pump 👀 8 days post show and 5 lb heavier… reverse dieting is not going as well as I planned 😅 Check out my new YouTube video on my future plans and post show struggles! The link is in my bio ❤️

Anfisa’s doing well in bodybuilding, but some 90 Day Fiance fans suggest she should think about a wrestling career. “You should try out for women’s Wrestling. You would be awesome, [definitley] get lots of fans,” suggested @mitiletza. Another fan agreed, saying, “absolutely 2nd this!!!”

It’s not often her fans comment about  Jorge Nava in prison, but when they do, it’s to encourage her about the American way. As one fan said, “How interesting you are – you have a dream and make it happen. It’s not easy moving to another country and I’m sure it’s not easy having a husband in prison but you just grab a dream and run with it. We like to think that’s the American way. Get it girl!”

What do you think of Jorge Nava climbing the job ladder in prison? Do you think he might use his kitchen experience when he gets out? Plus, do you think Anfisa’s amazing? Sound off your thoughts in the comments below.