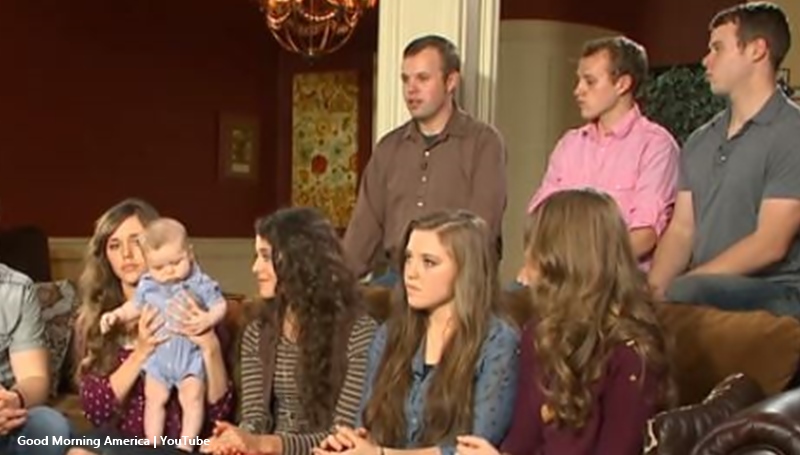 Duggar fans freaked out when InTouch Weekly reported that Josh Duggar allegedly ‘touched’ some of his sisters back in 2002 and 2003. The inappropriate touching also allegedly extended to a babysitter. The public outcry saw 19 Kids and Counting canceled. However, it later evolved into Counting On. The Duggar sisters involved were Jill, Jessa, Jinger, and Joy Duggar. Now, they got the go-ahead from a federal court to push ahead with a privacy lawsuit.

Duggar girls opened up about the allegations

The alleged violation by Josh on the Duggar sisters only came to light in 2015. Back then, parents Jim Bob Duggar and Michelle gave an interview to Fox News’ The Kelly File on June 3. Washington Post noted that they said [Josh] experienced curiosity “about girls and he…just basically touched them over their clothes while they were sleeping; they didn’t even know he had done it.”

However, the news outlet added that Jim Bob also said, that sometimes he touched them under their clothes, adding that r*pe never came into it. Jessa and Jill Duggar claimed they were victims of the assault in the same program. So, whether they did or did not know, they owned it and that saw the beginning of a hate campaign on the entire Duggar clan. That came after news came out that Josh was dealt with by the church and the family rather than via the courts.

Two years later, E! News reported that the four sisters released a statement to them. They wrote, “Jill Dillard, Jessa Seewald, JingerVuolo, and Joy Duggar” prepared the statement. It said, “This case is solely about protecting children who are victims of abuse. Revealing juvenile identities under these circumstances is unacceptable, and it’s against the law. The media and custodians of public records who let these children down must be held accountable.”

TMZ reported that the Duggars intended to sue the “city of Springdale, Arkansas.” As they were minors at the time, they felt violated. That’s because the names were removed from the information provided. However, addresses and other information made them easily identifiable. The Duggar family felt violated twice. After all, children should be kept safe from this, especially when they were the victims.

Federal court gives the go-ahead for a privacy lawsuit

All these years later, ABC News reported a federal appeals court opened the road to the Duggar sisters filing suit against Springdale. “The Eighth Circuit Court of Appeals ruled that Jill, Jessa, Jinger, and Joy Duggar had an expectation of privacy when officials from the city of Springdale and Washington County investigated allegations that their brother Josh s*xually abused them between 2002 and 2003 when they were minors.”

For the Duggar family, the trauma hangs over them to this day. In Instagram, the haters seldom let up. In fact, there’s always an opportunity to rant against the family. Actually, even Jill Duggar sometimes gets trolled on for “forgiving” her sibling. However, loyal fans of the family no doubt hope the four girls find some closure.

What do you think about the Duggar sisters finally getting the go-ahead from the federal court to sue for privacy violations? Do you hope they find some peace and move on with their lives? Sound off your thoughts in the comments below.