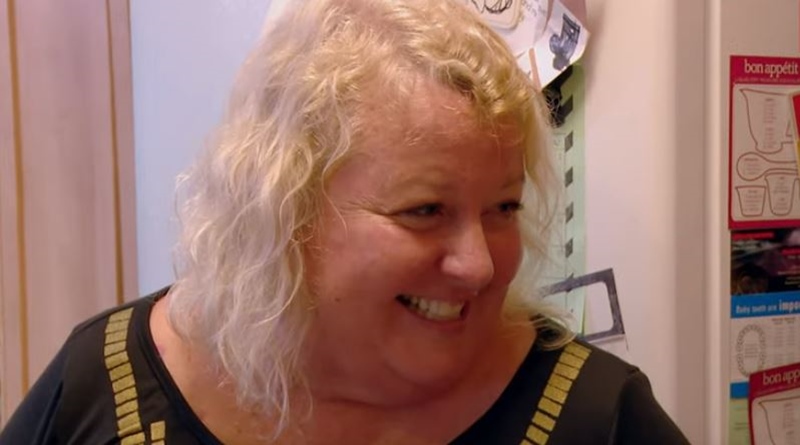 90 Day Fiance: The Other Way features Laura and Aladin Jallali. She’s in her 50s and he’s much younger. The 30-year-old from Tunisia’s got a job as a trainer in Qatar. Recently, they went to Tunisia for a vacation and looked to have a blast. Laura’s love for life and Aladin’s treatment of her is appreciated by a lot of their fans. Yet, criticism often comes from Middle-Eastern women. A few people got into it on her Instagram. Laura, growing irritated, invited the trolls to predict the lottery numbers for her.  She must feel like they think they know everything.

90 Day Fiance: The Other Way trolls suggest Aladin wants the green card, only

When the TLC spinoff started, the show made it very clear it was about couples leaving America. Actually, it’s not the other way round where foreigners attempt to get a green card in the USA. That’s where the show’s different from the other 90 Day series in the franchise. Yet, lots of criticism comes from those who disbelieve the motives of foreigners who wish to marry Americans, even in their home countries.

Aladin’s employed in a good job and lives a great life between Qatar and Tunisia. Also, he and Laura obviously enjoy each other’s company. Remember Laura’s ‘adopted brother’ Ludwing and his ghastly grilled cheese sandwich episode? That’s where she told him she married with nine days of arriving. Well, she also explained she couldn’t hang out with him in their culture unless they married. So, they took the plunge. So far, it looks like all goes well for them. But that doesn’t stop the trolls. One 90 Day Fiance follower alleged there’s no way Aladin wants her and is after a green card. That doesn’t make a lot of sense since they don’t live in the United States and they stayed in his country instead.

Fans noted that over on Laura’s Instagram, often Arab or North African women troll on them. That seems unusual, but perhaps it’s a cultural thing. Certainly, in Africa, mixed marriage’s “not as common as in the USA,” one follower pointed out. The comments actually come across as a “tad racist,” friend and co-star Jon Walters of 90 Day Fiance pointed out. It sounds crazy to say that of one Arab criticizing another, but yes, it seems intolerant of Laura because she’s not Arab.

The troll said, “This is so sad !! Entertaining but sad!! U have a bunch of older women thinking their love story is next! Aladdin is from Tunisia (which is a poor Arab country) and is only with u to get a green card! He is in it for the fame, money, and passport!! I am from the Middle East and know how these guys work!!! It is 1000% unacceptable for him to marry you and no way his family & friends approve! It’s an act!! All about the money! 1000% u think it’s real but come on, you’re too old to fall for this being real.”

Other fans noted that actually, Qatar is no way a “poor third-world country,”  which is where Aladin lives and works. That came after the soon-to-be blocked troll said, “Why is this guy going online!? It’s obvious he wants a green card. He is probably already married with kids but keeping it on the down low.”  Another fan responded with, “if you had paid any attention to this couple at all you would have seen on [their] wedding day his mother was actually there giving her blessing.”

However, between Aladin and Laura, she says they just “block them.” But, she also answered the troll about all her bad predictions before their departure. Laura said, “you seem to know so much can you give me the winning numbers to this weeks lottery… 😂”

What do you think of that comeback? Do you think it odd that much of the trolling seems to come from the Middle East or North African followers? Perhaps it’s a cultural issue? Sound off your thoughts in the comments below.