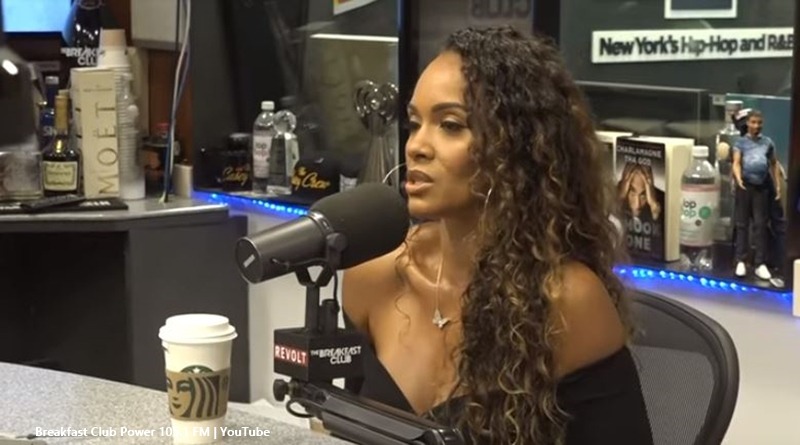 Basketball Wives‘ star Evelyn Lozada spoke about Rob Kardashian dating and romance rumors. Actually, at the moment rumors swirl around Rob. Recently, the social media crowd discussed how Natti Natasha’s also chatting away to Rob. New rumors about Evelyn arose after a tweet as well. Now, she dished on the latest rumors about her and Rob.

Evelyn went on the Breakfast Club Power 105.1 FM and spoke about the Father’s Day message to Rob that sparked the rumors of dating and romance. In the message, she wrote, “Happy Father’s Day big dick Rob,” E! News reported. Then it became like a dare and joke, as Rob responded with, “Oh, thank you! I bet you won’t say that to the world.” Anyway, the banter went on, and eventually, Evelyn shared it with the world.

Actually, Basketball Wives fans know that Evelyn’s pretty much up to taking on a dare. Of course, after she did that, many people saw it and rumors flew that they’ve been dating and getting some romance on the go. Unfortunately, the tweets got deleted, but you can’t blame people for wondering just how serious the two reality TV stars are.

During her chat to Breakfast Club Power 105.1 FM, Evelyn revealed that in fact, she never dated Rob Kardashian in real life. However, she likes what she sees. Actually, she’s not shy about saying she kind of likes the idea of dating. She said, “I think Rob is a nice guy, I really, really do.” She added, “I feel like he has potential for greatness and I hope he really keeps kicking ass in the gym, because I think he’s a nice looking man.”

Wow, so now you know and Rob might yet reach out to the Basketball Wives star. She and NBA player Antoine Walker had a long-term relationship but that ended. Then Chad Ochocinco (Johnson) proposed and they married in 2012. Later the marriage ended in divorce after assault charges against Chad. Since then she dated Carl Crawford, but the couple called off the engagement in 2017.

No romance with Rob Kardashian but maybe?

Now that Evelyn put it out there that she’s rather keen on Rob Kardashian. maybe he’ll bite the bait. After all, the family’s already well connected with NBA Basketball players, so they could match up quite well. What do you think about the dare that Evelyn Lozada put out on Father’s Day about Rob Kardashian? It certainly fired up dating rumors. Sound off your thoughts in the comments below.

Remember to check back with TV Shows Ace for more news about the stars of Basketball Wives.