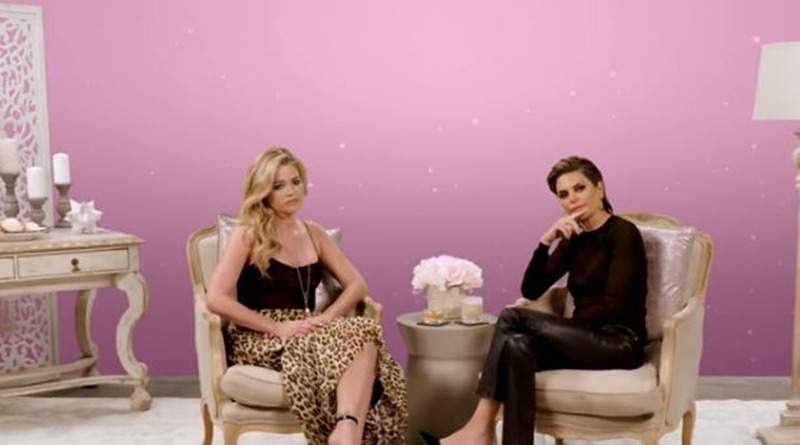 RHOBH current season delivers drama after more drama about “Puppy Gate” and accusations against Lisa Vanderpump. LVP’s borne the brunt of the scandal from the likes of Lisa Rinna, Kyle Richards, and the others. In fact, Lisa Rinna feels LVP’s manipulative, but Denise Richards managed to remain neutral through it all. Actually, she’s been quite supportive of her.

RHOBH furor this season brought out some nasty allegations against LVP

Fans of the Real Housewives of Beverly Hills saw some ugly scenes and nasty allegations against Lisa Vanderpump. It all arose over the leaks to Radar Online about Dorit Kemsley’s dog. Additional leaks to TMZ raised a red flag for them. Dorit adopted a dog from Vanderpump Dogs, but somehow it ended up in a shelter that could have put it down. Luckily, a scan for a chip traced it back to Lisa’s outfit. Next thing, Radar broke the story and thus made LVP’s life a living hell ever since.

The housewives worked themselves up in a froth over the whole issue of the leak, with many of them thinking Lisa leaked it herself. LVP vehemently denied that, and the fact that Dorit started off in the wrong, evaporated like deodorant at a Friday night rave party. The fallout saw Kyle Richards, Dorit, and more assuming Lisa V lied about the leak. Big friend bust-ups came along and Lisa shortened her Christmas card list.

Lisa Rinna spoke at the aftershow recently, saying that back in season 5 when she joined, she always leaned in LVP’s direction, despite the opinions of the others. Reality Blurb noted that Lisa Rinna feels she “fell into a trap with Lisa V.” They mention how Lisa R said, “If I can give her any credit when it comes to this is I think she’s trying to make a good show and I think she knows how to do it.” Nevertheless, she added, “so that she can look like she’s perfect and get other people…to look bad.” Rinna added that’s “Because you need people to tell a story and look bad.”

Interestingly, referring to LVP being manipulative, she added, “I’ll tell you what, I’ve watched it now for five years and I’m no f**king dummy anymore, honey…and that’s why this year I can sit there and go, ‘Oh, guess what? You set them up.”‘ Well, that got shot down by Lisa V, who’s always sharp. She can’t get over how supposedly “smart” women would allow themselves to be “manipulated.”

While many of the RHOBH cast turned away from Lisa, somehow Denise Richards remained quite neutral, Hollywoodlife reported. In fact, she managed to keep the balance with the other wives at the same time, which takes some doing with these fireball castmembers. According to a Hollywood Life source, “Denise Richards…really tried to remain neutral in the cast of ‘RHOBH’ vs. Lisa Vanderpump feud..and tried so hard to bring everyone back together.”

The source added that Denise checks on LVP, noting, “Denise…really supported her. She appreciates their friendship, and the rest of the cast totally respects that she wants a relationship with Lisa. Lisa and Denise have a lot in common, like their love of animals, which they talk about often.”

What do you think about Lisa Rinna feeling LVP deliberately manufactures the drama while Denise Richards remains neutral and supportive? Shout out your thoughts in the comments below.

Remember to check back with TV Shows Ace often for more news about Bravo’s RHOBH.