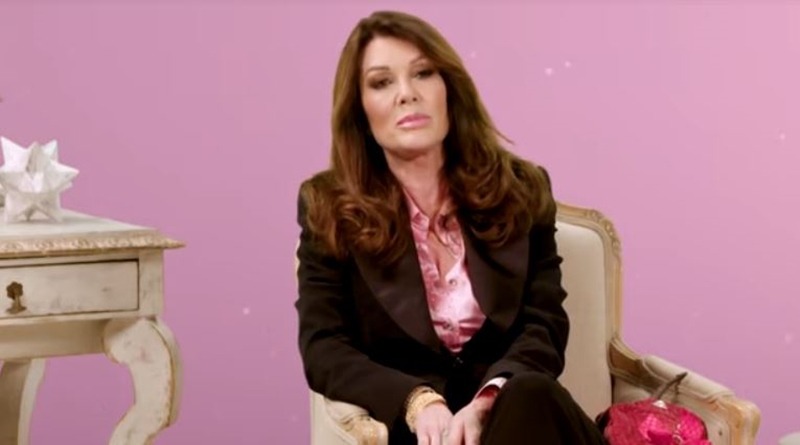 Real Housewives of Beverly Hills fans saw that the PuppyGate scandal still brings fury amongst the cast of the show. In fact, in the last episode, Kyle Richards had a meltdown at Dorit Kemsley about it. It seems Dorit and PK may not have the same issues as Kyle over the confrontation with Lisa about it. In the meantime, Lisa Vanderpump seems weary of all the bickering and back-stabbing. She spoke about it on Bravo’s After Show.

So many Real Housewives of Beverly Hills fans fear Lisa may leave the show. In fact, the “Team Lisa” followers swear if she leaves they won’t watch it again. Others wish Lisa (LVP) would just toddle on “bye-bye.” Actually, it’s evident the bickering and drama of the show spill over into fans of the show as well. Weary of it all, Lisa may actually leave for real. Plus, it emerges now that the other housewives just want her to admit she did wrong and leaked PuppyGate, Heavy reports.

On the After Show, Lisa said that she didn’t watch “the show this season.” That’s because it’s “not fun being the recipient of everybody ganging up on you.” Plus, it’s not the first time for Lisa that she’s been in this situation. Lisa mentioned Season 2, Season 4, and Season 6. That means “it’s the fourth time I’ve been through this,” Lisa notes. At the same time, she says she’s not trying to “be a victim,” especially over Kyle’s confrontation at Villa Rosa, but something “snapped” for her.

The fallout of Kyle Richards confronting her, believing she leaked Dorit’s dog ending up in a shelter, to Radar Online reminded her of friendships. She said that when people are there for you, holding your hand during hard times, that stands out. But if people aren’t there, then she thinks, “you realize you can possibly do without [them].” Looking back, in fact, Lisa says she had no “real understanding of what [she] was about to get into.” At the time, eight years ago, it “was exciting.” But that certainly seems not the case anymore.

Lisa talked about how they were all just “out to have a good time.” Nevertheless, this season “feels different.” She said of Real Housewives of Beverly Hills, that it “might be because she’s been “emotionally in a different place.” Obviously, she referred to the death of her only sibling. For Lisa, Kyle’s timing on her birthday weekend couldn’t have been worse. She was at a very low point in her life.

Will Lisa Vanderpump come back to Real Housewives of Beverly Hills?

Asked if she would come back to the show, Lisa said, “It depends. I can’t say.” She’s really not the smiley person we often see in Vanderpump Rules, that’s for sure. So, there’s no commitment to stay and it seems she’s leaving the door open to leaving. It isn’t like Lisa needs the show for money. She has plenty of other things going on in her life.

What do you think about Lisa Vanderpump growing weary of all the ganging up and drama? She says it’s not fun anymore, so could she seriously be thinking of leaving? Sound out your thoughts in the comments below.

Remember to check back with TV Shows Ace often for more news about Real Housewives of Beverly Hills.