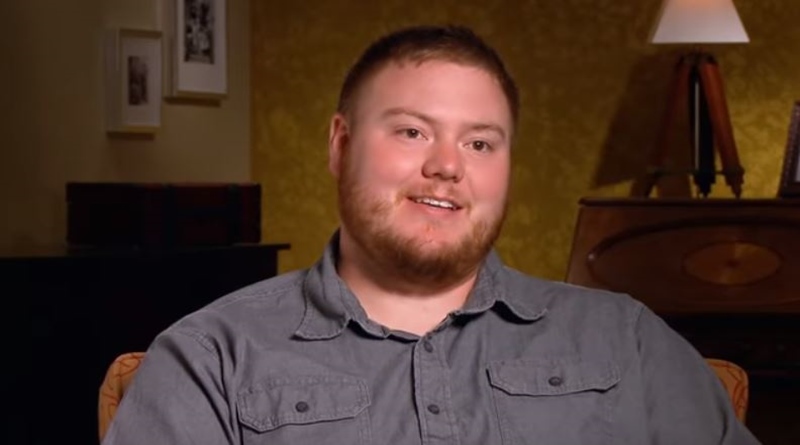 Sister Wives fans don’t always follow all the Brown family closely on Instagram. Because of that, Mitch Thompson managed to hilariously confuse fans over Maddie Brush’s pregnancy. It came after Madison posted up a photo of her recent cruise with LuLaroe in Puerto Rico.

Christine Brown went on a cruise with LuLaroe, along with other members of the family. At the time, TV Shows Ace noted that Meri, Madison, and others went on the trip as well. Now, Madison posted about the cruise and showed off a photo of her looking pregnant.

Madison Brush attracted a lot of comments from fans about her pregnancy. People.com reported her pregnancy back in January, noting it’s her second one. Maddie Brown Brush and Caleb already have a son, Axel. Due in August sometime, Maddie was clearly pregnant in the Instagram post. In fun or plain naughtiness, Mitch, Maddie’s brother-in-law joined the conversation and the confusion began.

Mitch, using his Instagram account, @mitchellton13 came up and asked, “Are you pregnant?!” Initially, at least one person, not knowing his IG handle answered him saying that Maddie is pregnant and that it’s her second baby. However, the confusion and funny stuff came a bit later when other fans chipped in some helpful information for @mitchellton13. This came even though other fans of Sister Wives realized quickly that Mitch was being “sarcastic” about his sister-in-law.

One fan told Mitch not to ask if he doesn’t know. Actually, Maddie also caused some confusion when she replied to Mitch saying she’s not pregnant.  That totally confused another fan of Sister Wives who took it seriously, and really must have through Maddie just had a weight problem. Eventually, a fan explained the whole thing to Mitch in great detail, not realizing who they were talking to.

That post read, “@mitchellton13 YES she is! She was just in People Magazine not too long ago & it said that (then) 20-month-old Axel will be welcoming a brother or sister. They also spoke of moving to NC because her husband had a job their (sic). Can’t remember if it was a transfer or not, or just a new one. I still watch the show but I’m sadly a few seasons behind so I have to binge watch 😂 but Y E S she’s pretty pregnant! She’s just messing w you being funny 😆.” Of course, fans pointed out that Mitch already knew about it and he was just being sarcastic.

Glad to be home with my boys, but I sure am missing the sunshine in the Caribbean on this raining day in NC.

Feeling bad for the confusion and obviously realizing her Sister Wives fan hadn’t known who Mitch was, Madison came to her rescue. Nicely, she tagged the fan and wrote, “he’s teasing. He knew I was pregnant from the getgo.” She then added, “its all good. It was just funny how many people it confused 😂😂.”

What do you think about Aspyn Brown’s husband Mitch confusing fans about Maddie Brush’s pregnancy? Do you think it was hilarious? Actually, it looks like the Brown family was in a bit of a teasing mode. As the photo also showed Christine Brown, Aspyn’s mom,  Aspyn posted, “You all look so beautiful and happy! Momma, you’re looking so good! 😍.” To avoid confusion over which mother she was talking about, Aspyn added, “and momma momma but I meant you the baby momma.”

Remember to stay in touch with TV Shows Ace for more news about the Brown Family from Sister Wives.