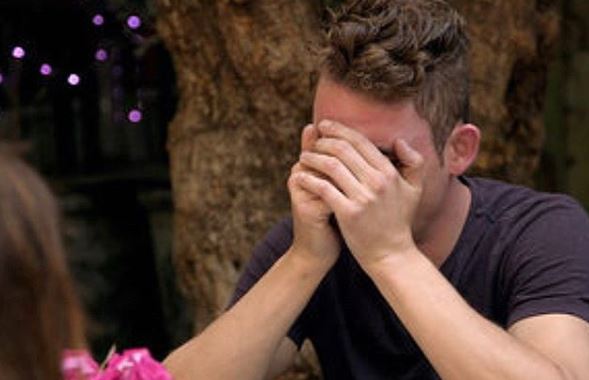 Some people never learn! James Kennedy was fired from his DJ job at Los Angeles restaurant SUR for his behavior toward the female staff members. The main object of his vile fat-shaming was Katie Maloney.

SUR co-owner and star of Real Housewives of Beverly Hills, Lisa Vanderpump fired James after Katie threatened to quit her job. Lisa is something of a mother hen to her wait staff on Vanderpump Rules. She has come close to firing James a few times before but couldn’t bring herself to do it because he’s such close friends with her son.

Who Else Has Lisa Fired?

James isn’t the first person Lisa has fired from her SUR restaurant. A few seasons ago, she fired server Kristen Doute (James’s ex-girlfriend) for swearing and screaming in front of the customers. Kristen is still a regular cast member of the show and is often seen in the restaurant..as a patron.

Lisa’s beloved bartender Jax Taylor has been on the SUR chopping block more times than humans have fingers (and toes.) Somehow, Jax always talks his way into keeping his job. James wasn’t so lucky this time.

Katie Maloney loves her ultimatums. The one she gave to longtime boyfriend Tom Schwartz to marry her or else resulted in a wedding officiated by none other than Lisa Vanderpump. Katie basically told Lisa it was either her or James.

A lot of the other ladies on the staff had complaints about James’s behavior. James is notorious on the show for his bad behavior when drinking – both on and off the job. Not only did Katie get the guy fired, she stole his Tuesday night headlining gig at SUR. Instead of James DJing at an event, he dubbed See You Next Tuesday, Katie hosts a Girl’s Night In with a different DJ.

One of the other servers who had a problem with James was Brittany Cartwright. While DJing one night, a drunk James made a rap about Jax cheating on Brittany with Faith. That storyline dominated Season 6 and Brittany didn’t find the rap funny. (It wasn’t.)

Co-star Lala Kent is also not a fan of James after he repeatedly called her boyfriend fat and accused her of having sex with the boyfriend just so he will pay her rent. (After Lala telling Stassi Schroeder how she slept with him on the first date and woke up to a car and movie role, is James Kennedy really wrong about Lala?)

Happy Birthday Britty Boo! I’m so happy you came into my life 4 years ago! Thank you for being an amazing supportive friend and ALWAYS bringing a smile to my face! Here’s to many more game nights, sing alongs, shots and the best memories! Love you to pieces!!!!!!!

So, What Did James Say?

James got in an argument with Tom Schwartz and Tom Sandoval after the two Toms uninvited James to a trip to Mexico because Katie told them either James goes or she goes. James was not at all happy with Katie OR the Toms. However, it was during his confessional that he really unloaded on Katie, calling her a “fat f**king b***h” and ending the interview with, “F**k you fatty.”

Just when he had almost convinced Lisa to give him his job back. It will be interesting to see what the rest of the cast have to say about James’ confessional during the reunion shows. (They don’t see confessional footage until it airs on TV.)

In the past, James (and Lala) were fat-shaming Katie by asking her if she was pregnant. Interestingly, Katie seems to have forgotten about that now that she is bffs with Lala.

Early in Season 7, we saw James call Katie fat again during the Pride Parade. It’s all very confusing because not only isn’t Katie fat; she’s not the heaviest cast member. Will James ever learn not to fat-shame Katie or slut-shame Lala?

Tune in to Vanderpump Rules Mondays on Bravo to see how the cast reacts to James calling Katie fat…again.