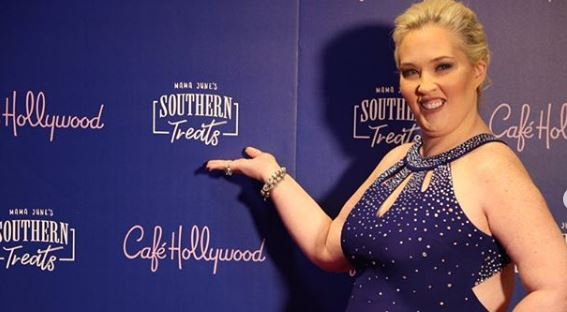 Mama June Shannon of Mama June: From Not to Hot was arrested at a gas station just a few days before her premiere is going to air on WEtv. Hollywood Life shared the details about what went down. It turns out that her boyfriend Geno Doak was also picked up. These two have been together a few years.

So far, there is not much information out about what went down. Mama June and Geno have really seemed like they were happy together. It will be interesting to see if they stay together after this or what happens.

Mama June and Geno have been together for about three years. Before that, she lost a lot of weight and dated around a bit. If you remember, on Here Comes Honey Boo Boo, she was larger and with Sugar Bear. He is also the father of her daughter Alana Thompson. These two were not able to work through their issues, though.

For now, fans are going to have to wait and see if this ends up affecting her show. WEtv is known for shows full of drama, so they might not be too upset over it.

Are you shocked to hear that June was arrested today? Share your thoughts in the comments section below. Don’t miss Mama June: From Not to Hot on Fridays on WEtv. The first episode of Season 3 airs tonight.