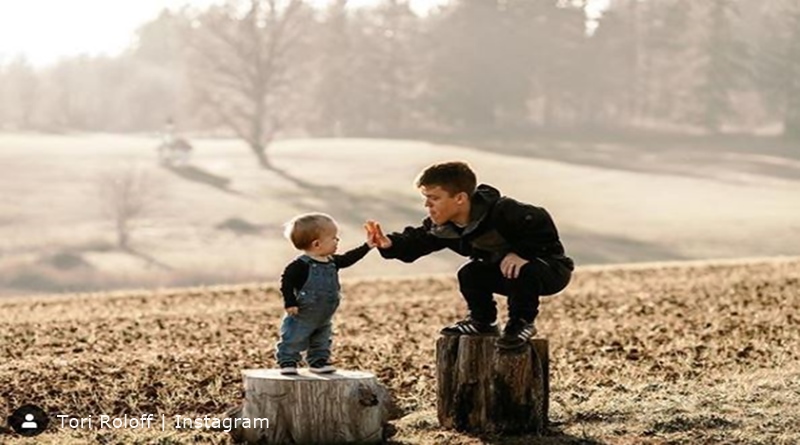 Little People, Big World returns in April, but in the meantime, Zach and Tori Roloff keep fans up to date with their little boy Jackson. In a recent Instagram Story, Zach shared a video clip of Jackson that showcased his lovely infectious laugh. As fans know, his mom Tori often mentions how much he laughs and likes to make others laugh.

The upcoming season of Little People, Big World got a sneak peek from TLC and in it, we hear Tori Roloff saying that dwarf babies are simply the cutest. Fans of the show agree with her, and Jackson fast became a firm fan-favorite over on social media. It’s pretty obvious the Roloff’s all love him as Matt and Amy often share their time with him as well. Equally, little cousin Ember gets loads of love and pictures too.

The season preview suggests the future of Roloff Farms may be in some doubt. Obviously, fans need to watch the episodes to see how it all turns out. In fact, most fans of the show still want to see more and they want to see Jackson growing up. That might not happen, so clips and photos of Zach’s little boy are treasured by Little People, Big World followers.

Instagram Stories are great fun as they keep Little People, Big World fans up to date in real time. However, they disappear after a time, so not everyone gets to see them. In the video below, fans who missed it can still take a look. In the video, Jackson’s outside with Murphy. Judging by Tori’s stories in the last day or so, it’s been an outdoor kinda time for Jackson. He went exploring all over the place with his doggie Murph.

Zach captured Jackson sitting on the gravel with Murphy next to him. Jackson’s picking up handfuls of the little stones and throwing them. Murphy looks very interested. Then Jackson holds out his hand and Murphy licks his hand clean. It’s all a big joke to Jackson, who keeps doing the same thing. All the while, he’s laughing his little heart out. It’s totally engaging and very cute. We’re pretty sure Tori and Zach made sure to wash his hands afterward.

No matter where we see pictures of Jackson, whether with his grandparents, cousin, or uncles and aunts, he makes us smile. It’s a hard life these days and plenty of pain and sorrow’s around to wrench our hearts. On Instagram Jackson often makes fans comment on how sweet he is. Many of them genuinely thank Zach Roloff and Tori for sharing his life with them. Smiling is good medicine, so they say.

What do you think of Jackson’s infectious laugh? Do you think it’s great that Zach Roloff shares these little clips of his son? Do you hope for more seasons of Little People, Big World to come? Shout out your thoughts in the comments below.

Remember to check in with TV shows Ace often for more news about TLC shows.