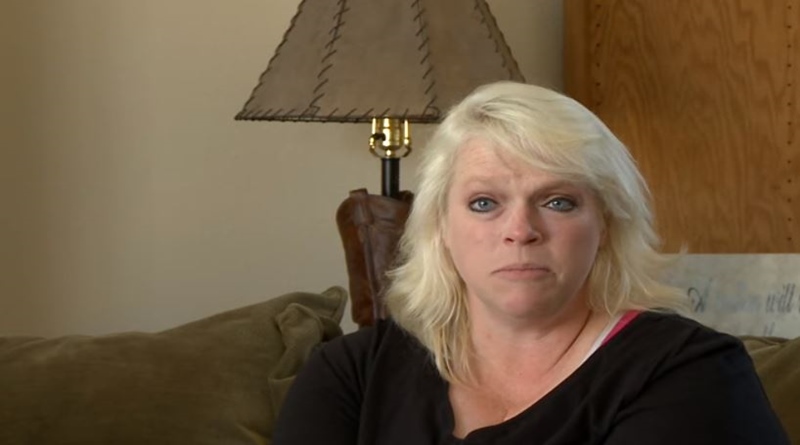 Sister Wives shows Janelle, Meri, Robyn, Christine and Kody Brown who live as one big family with loads of kids. The TLC show’s an old familiar story to fans across the world. However, it seems that the plural family disapproves of another TLC show about plural living: Seeking Sister Wife.

Sister Wives was introduced to viewers in 2010 when the Brown family was all living together in one home in Utah. In Touch Weekly reminded us in 2018 that they belong to “the Apostolic United Brethren — which is a sect of the Fundamentalist Church of Jesus Christ of Latter-Day Saints (FLDS) or Mormon religion that allows followers to practice polygamy.”

On the other hand, the newer show, Seeking Sister Wife, is more about people who just want another woman in the family. This season, there’s Paige and Bernie McGee who seem to have taken a bit of the bible and use that to justify their desire for another wife. Meanwhile, Dimitri and Ashley Snowden seem rather more eastern, spiritually, and that’s not their motivation anyway. Then, Jeff Aldredge is “spiritually married” to Vanessa and Sharis and has another wife from an unsuccessful first marriage.  Finally, Colton Winders seems very religious and his two wives Sophie and Tami seem compliant.

Taking to Twitter on March 10, Janelle Brown spoke about the latest Seeking Sister Wife commercial. Now, this Sunday’s episode featured Dimitri Snowden, Ashley, and Vanessa, the new wanna-be sister wife. The perception with this couple is just that Dimitri wants an extra woman around. Pretty much, the same goes for the McGees. Actually, unlike the Brown family, there’s not so much focus on courting before intimacy.

It’s the lack of formal courting that Janelle Brown feels is wrong. She noted that this is not a good idea, pointing out that within the Brown culture it’s actually “prohibited.” She adds that it’s important to remember that the new woman is “dating a family, not a man.” Actually, it seems to be the feeling of many Sister Wives followers as well, who agree there seem to be few morals in the newer spin-off.

Just a quick comment on Seeking Sister Wife commercial – just cant help myself – intimacy before commitment – is a bad idea from our perspective. In our culture it’s prohibited. You are dating a family, not a man.

On her Twitter, quite a lot of her fans agree with Janelle that something comes across as not right in Seeking Sister Wife. Here’s what some of them had to say about it:

What do you think about Janelle Brown, who lives a polygamous lifestyle, disapproving of others who also want a plural lifestyle? Do you think religion and culture matter? Sound off your thoughts in the comments below.

Remember to check in with TV Shows Ace often for more news about Seeking Sister Wife and Sister Wives.

‘My 600-Lb. Life’: Is Dr. Now’s Scale To Blame Sometimes?
‘Daredevil’: Everything We Know About The New Season
‘Cyberpunk: Edgerunners’ Gets Its First Trailer, Watch Here
Are Todd Chrisley Gay Rumors True Or False? See Facts
Crunchyroll Renews ‘Tower Of God’ For Another Season