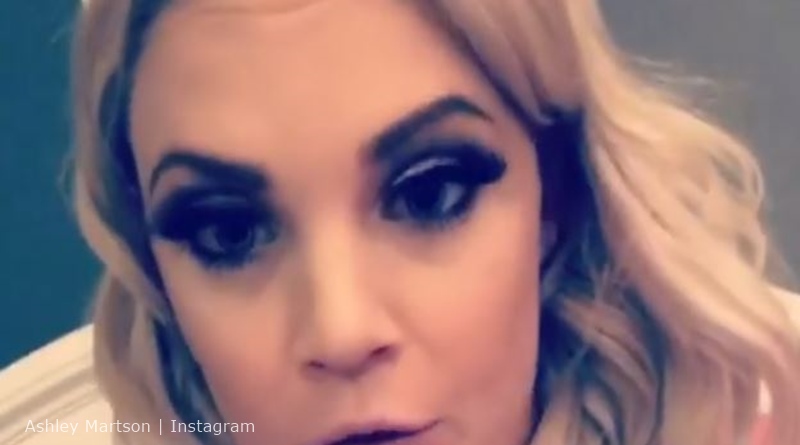 90 Day Fiance‘s Ashley Martson posted about Ricky Reyes’ breakdown. Ricky, of Before the 90 Days checked into a mental health facility. Via Johnny Yates, social commentator, and his own Instagram, he got the message out to his fans. Now, Ashley Martson hit at trolls. However, for her efforts, she got slammed for assuming Ricky’s problems stemmed from trolls.

Ashley Martson does have many followers who faithfully defend her. Her Instagram account garnered 210k followers, but many people went off her and Jay Smith after their manufactured 90 Day Fiance split came to light. Unhappy, many fans felt defrauded and they felt the couple lost their relevancy. Obviously, if you make up stories for ratings, you should expect some backlash. Ashley also got a lot of hateful comments directed her way.

Often, Ashley mentions haters and trolls on her social media posts. This time, she put up an Instagram Story about Ricky, suggesting it’s the fault of trolls that he needed hospitalization for his mental health. While she also said that Ricky made a “brave and responsible decision,” that didn’t stop her non-fans from slamming her.

Was Ricky Reyes’ breakdown the fault of trolls?

Ricky’s keeping a lot to himself right now and can only access his phone now and then. However, via John Yates, updates do come through. Nowhere, does it seem that his mental health issues arise from trolls. In a recent Instagram Story, Ricky did speak out about participating in reality TV shows. He listed six reasons why he advised against it, and none of those reasons spoke of trolls. In fact, he spoke more about understanding your rights when it comes to TV contracts.

90 Day Fiance followers commenting on John Yates’ Instagram seem to think that Ashley’s just using Ricky’s problems to try and stay relevant. While fans accept that what Ricky did with Ximena was wrong, there was no way he experienced anything like the trolling Ashley got. Even then, they feel Ashley got what she deserved. At least one commenter noted, “The thing is, no one truly knows Ricky’s heart and struggles but Ricky. For Ashley to assume it’s “trolls” just proves how dumb she really is.”

Having had her say about Ricky Reyes and getting slammed for it, Ashey also posted on her page about how trolls got to her. She said she “cried it out in the shower” and added, “I will never let anyone put me down again.”

What do you think of Ashey Martson posting about Ricky Reyes and trolls being the problem? Do you think that’s relevant, seeing Ricky never spoke about it much? Sound off your thoughts in the comments below.

Remember to check in with TV Shows Ace often for more news about 90 Day Fiance.