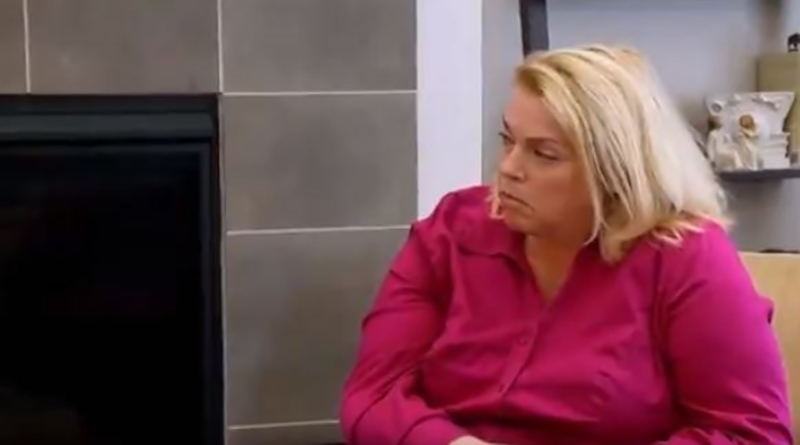 Sister Wives spoilers come from TLC via their Twitter account. They dropped a sneak peek at the upcoming episode and the facial reactions of Meri, Christine, Robyn, and Janelle are hilarious. Well, possibly hilarious for viewers of the popular plural family show, anyway. None of the Brown wives laughed.

Sister Wives spoilers about one house

Kody Brown’s at it again, acting petulant and demanding things go his way. Ultimately, we saw in past seasons of Sister Wives, it disrupts the lives of the whole family. The wives speak out in interviews now and then, and on the show, saying they all make decisions. However, mostly, Kody makes the proposal, lectures them, and finally gets his own way. So, let’s hope for the sake of the Brown wives, this time he does not.

In the sneak peek, TLC showed the sister wives reacting to Kody’s new one-house demands. Kody said that he’s going to talk to his family “about one home.” Typical Kody, he’s got his arms crossed, that ghastly hair and a really bossy expression on his face. The opening scene shows he’s with Meri, who instantly rolls her eyes. Yeah – Meri, we did too!

It looks like Kody wants the best of both worlds, and readers recall they tried this before. The Washington Post reported in 2010 that the “Browns live in a sprawling ranch-style house designed by a “plig” homebuilder: Each mom has a floor and a kitchen. Dad visits each of the marital beds on a scheduled rotation.”

Later, in Season 3, we saw them living in separate homes in Vegas, and some cohesiveness seemed missing. Maybe that’s why Kody’s thinking about a single home once again. The Sister Wives patriarch went on to say in the sneak peek that “there’s something about living in one home that is so good.” However, he then adds, “on another level, it kills intimacy.”

The only sister wife shown actually saying anything is Meri. After that funny eye-roll, she asks him if “this is something” he’s “really thinking about?” Later, in another location, we also see Meri again. Obviously, this comes during the “talk” about it all. This time, we see her looking down and biting her lips.

Frankly, the look on Janelle’s face is beyond! It looks like she’s just spotted a scary spider and is about to beat it to death with a broom. Meanwhile, Christine looks like she’s gonna swallow her fingernails whole, and Robyn looks like she finally perfected Dead-Pan Face.

Several fans of the show commented on Twitter about Kody Brown’s suggestion. Most of them felt that it was a bad idea to move into one home. What do you think about this? Do you think the facial reactions of the wives are hilarious?

Crunchyroll Makes Shocking Purchase, Furthering Their Brand
When Is ‘My One-Hit Kill Sister’ Coming To Crunchyroll?
‘The View’ Whoopi Goldberg Overcomes Huge Phobia
How Casey Nezhoda Stays As Sexy As Brandi Passante
‘DWTS’: Cheryl Burke Admits Sobriety Is A Struggle At The Moment