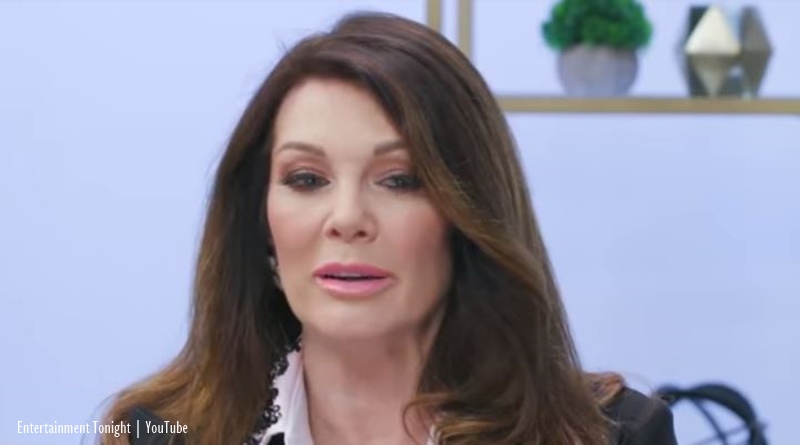 Lisa Vanderpump is smack in the center of the hot mess that RHOBH presents in its current season. However, Lisa deals with many things outside of the Bravo show. Of course, she’s an executive of her Vanderpump Rules reality show as well. Now, with her new Vegas cocktail garden in the works, she spoke to Entertainment Tonight, who asked her if a spin-off of PumpRules could start there too. Lisa said that would be a “hot mess,” especially with the travel involved.

Right now, with the new season of The Real Housewives of Beverly Hills, most LVP fans know there’s a great deal of conflict between the cast. Apparently, it all started way back over Dorit Kemsley adopting a dog. Later, someone leaked to Radar Online that Dorit’s dog ended up back in a shelter.

Allegations that Lisa Vanderpump leaked the story blew up into pre-season hype. In the midst of all the current season’s shooting, Lisa headed to the UK to deal with the death of her brother. So, backbiting, grief, juggling the drama and the freaking-out cast of RHOBH who seem to gang up on her, is hectic.

Lisa’s PumpRules show, as it’s known by fans, also brings drama, but fortunately, Lisa’s very much the boss in her own show. Her crew and cast who work the restaurant for her found celebrity status as well. Sort of by association, some of the polish and glamor of Lisa rubbed off on them and into their wallets.

Obviously, SUR restaurant and the chain of Pump outlets benefit from the publicity. In fact, the TomTom bar is new and exciting and gets rave reviews. Recently, we heard Lisa Vanderpump’s opening her Cocktail Garden in Vegas, which is like the icing on the top.

Lisa discussed some of the cast with Entertainment Tonight, mentioning Jax Taylor, Brittany Cartwright, and James Kennedy. Fans of Vanderpump Rules know that James took a hit when Katie Maloney complained about him body-shaming her.

That saw a lot of backlash from fans when she demanded Lisa fire him. Asked about James, Lisa Vanderpump said that he has family issues and responsibilities and she hopes he “grows up.” She also felt Jax Taylor changed for the better but can’t say for sure if Brittany and Jax’s marriage will last. You can check out the interview below.

Lisa’s so proud that Vegas invited her to open up there, but it seems she never thought of a Vegas spin-off for Vanderpump Rules. At least, you seldom see Lisa hunting for words. When asked about it, she rolled her eyes, took a deep breath, and laughed. However, she then said, “maybe.” In fact, she mentioned that “some of them (PumpRules staff) might want to work out there.”

Another comment from the left-field shows that ET also talked to Scheana. She apparently told them she would “be willing to work at that place.” To which, Lisa Vanderpump said she “hadn’t offered her a job yet.” Nevertheless, Lisa did say that she “would be good because she knows” exactly how Lisa does things. She also worked with Lisa for “so many years.” She then concluded by saying “maybe, yeah maybe,” to the idea of a Vanderpump Rules Vegas spin-off. Scheana has been out in Vegas for a show, so it might be a good match for her.

What do you think about the hot mess going on with Lisa Vanderpump and RHOBH? Do you think Lisa will bother with another season? After all, she has Vanderpump Rules, her New Vegas cocktail garden, and the possibility of a spin-off to deal with.

Remember to check back with TV Shows Ace often for more news about RHOBH and Vanderpump Rules.