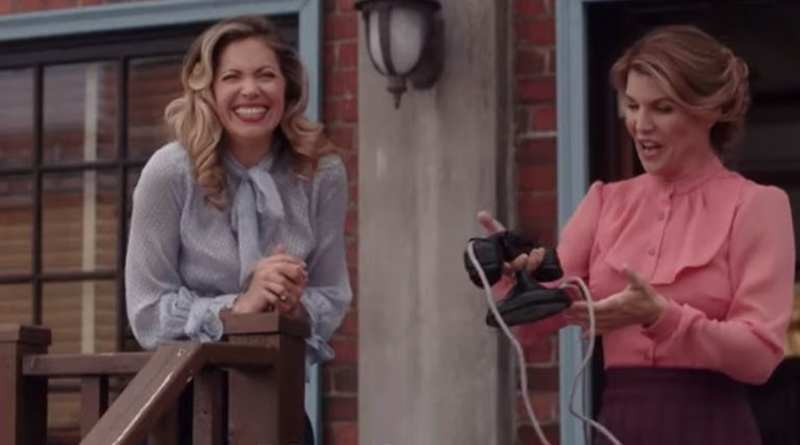 When Calls the Heart premieres on February 24 on Hallmark. A teaser dropped for S6E01, titled Phone Rings and Heartstrings. Apart from the fact that the telephone comes to Hope Valley, we see Elizabeth Thatcher Thorton (Erin Krakow), raising her son Jack (Taylor twins). Actually, life’s a challenge for her since Mountie Jack Thornton (Daniel Lissing), died at the end of Season 5.

‘When Calls the Heart’ spoilers for EP 1, ‘Phone Rings and Heartstrings’

The When Calls the Heart teaser for the premiere episode first saw the light of day a couple of days ago. Actually, Parade.com got their hands on 39 photos for the season. In their write up, they also noted, “The show continues to fan the flames of #Henrigail supporters… Will this be the season that Henry and Abigail have more than a spark?”

Also, they revealed, “Rosemary (Pascale Hutton) senses a spark between Dr. Carson (Paul Greene) and Faith (Andrea Brooks). Not being able to stop herself, she tries to play matchmaker, much to Lee’s consternation.” We saw that in the original sneak peek for the upcoming season that Hallmark released. Of course, from that original Hallmark clip, we know that Elizabeth needs lots more support than she thought. Life’s a juggle trying to raise baby Jack and run the school.

Bill Avery delivers the news of the imminent telephone

The Phone Rings and Heartstrings teaser shows the telephone arriving in Hope Valley. Henry Gowen (Mark Cummins), and Abigail Stanton (Lori Loughlin) are in her diner talking about progress. Henry tells Abigail that she should “be proud” of herself, as bringing the telephone to Hope Valley’s a big deal.” Abigail says, “The telephone’s going to be everywhere someday.” She adds that she “just happened to be mayor” when the opportunity arose.

While the When Calls the Heart stars talk, Bill Avery (Jack Wagner) comes in with a message. Waving it in the air, he says that the “telephone company wants to know if they will be ready for a four o’clock call.” Just before that, as he walked in, Abigail said that not everyone’s happy about the phone coming. Henry looked hard at Bill, as Bill’s one unhappy person. He says that “the telegraph worked fine for forty years.” However, Lee (Kavan Smith), obviously likes the idea, as he’s getting one in his office.

Progress comes to Hope Valley along with more rivalry

While progress comes, so too does yet more rivalry. According to Parade, “Bill Avery and Henry Gowan both have their eye on buying the saloon.” However, we know this may not happen and neither may have success with that. In fact, TV Shows Ace reported that Daniel Lissing said he hoped fans would embrace two new characters. One of those turns out to be the “new saloon owner, Lucas Bouchard.” Actually, he finds himself attracted to Elizabeth.

What do you think about the spoilers for Phone Rings and Heartstrings? Do you think Henry’s being dodgy again? Will Bill accept progress? Who steps up to help Elizabeth balance her job and baby Jack? Sound off your thoughts in the comments below.

Remember to check in with TV Shows Ace often for more news and spoilers about When Calls the Heart.