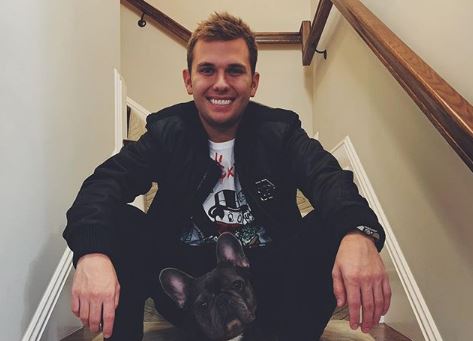 Chase Chrisley has been very open about the fact that he was dating Lindsay Merrick. He has posted about it on his Instagram, but now on Valentine’s Day that isn’t what he is posting at all. Chase went to his page to share a post that looks like he is single. There is no mention of her at all.

Chase went to his Instagram page and shared two posts. Neither one of them looked like he has a girlfriend that he is buying gifts for on this special day. One does show how much he loves Chloe, though. Here is what Chase posted on Instagram.

Happy Valentine’s Day, i love you so much and thank you for doing so much for me. Can’t wait to spend the rest of my life with you. I love you! I’m going to be selfless and go buy you a great gift!

My heart just melted!! Does it get any cuter!!! I love you more than words can describe!

More clues that Chase is single

If you go to Lindsey Merrick’s Instagram page, all of her posts with Chase Chrisley are gone. It looks like she deleted everything. So far, neither Chase or Lindsey have said a word about splitting up, though. The two used to post together all the time. Now, those posts are all gone. That must say something. The family still follows her, but it appears that Chase has hit the unfollow button.

There have been some rumors that Lindsey could show up on Growing Up Chrisley when it starts airing. If that is true, then Chase and Lindsey might not want to tell fans that things are over. It would be better to leave everyone wondering.

Now, so far things look like they are still going well with Savannah Chrisley and her boyfriend Nic Kerdiles. They are getting along great.

Do you feel like Chase Chrisley is single once again? Share your thoughts in the comments below and don’t miss Chrisley Knows Best when it returns to USA with new episodes. You will also want to watch Growing Up Chrisley.