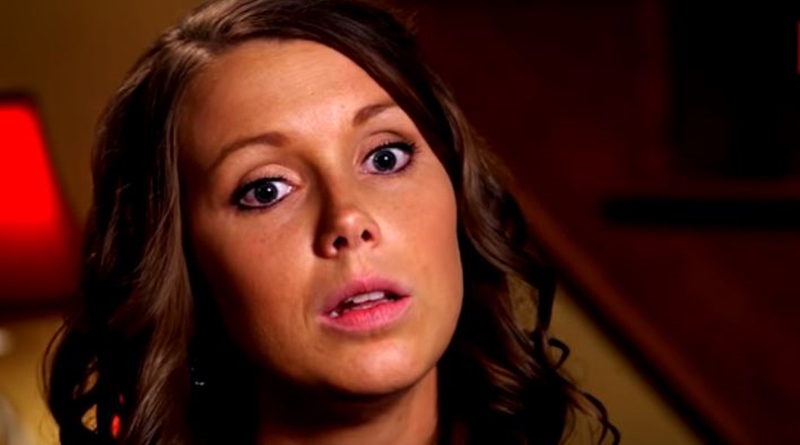 Counting On fans saw a post by Anna Duggar about her new personal fitness goal. She invited fans to join her on her quest to hit a fitness target in the month of February. Tagging her aim with #February50, her idea got a lot of support and encouragement. It seems that Anna looks to use the tag as a way to keep herself motivated as others who join in can report their progress too.

According to a recent Instagram post by Anna, her friends did what lots of people do and made New Year resolutions about fitness. Elaborating, she explained that healthier lifestyles for her family and friends include diet and exercise. At the time, Anna said she made some excuses to get out of it. Instead, she said life’s too busy as a mom with kids. However, she admits that the excuse was just that.

In fact, her New Year resolution involved reading through the Bible, she told Counting On fans. Actually, she said that she felt it was “a noble idea.” Apparently, the progress made by her “family and friends” motivated Anna to set the excuses aside and start upping her fitness levels. So, it looks like Anna’s now determined to do something physical to change her lifestyle. Also, as Radar Online pointed out, last year pregnancy rumors led her to mention she put on some weight.

Starting in February, Anna set a goal to walk 50 miles. However, that seems like a very long walk for someone who admits they need to shape up. Therefore, Anna explained that if she walks each day for two or three miles, she should hit her target. Plus, there should be a few days left over to rest. Actually, taking it in bite-sized chunks seems like a great idea. A bit rueful, Anna noted that “marathon runners can do this in like 2 days.” However, let’s not knock her resolution. Y’all gotta start somewhere, right?

While Anna’s family and friends no doubt help each other stay motivated, she explained her invitation to Counting On fans to join her. Actually, exercise programs always work best with a buddy, and it looks like Anna’s lined up to get loads of them. Notably, she said that people must use the #February50 hashtag on Instagram. That way, everyone who takes on her fitness goal can keep up with each other. Additionally, she noted, “the accountability will motivate me to keep going and not to quit!”

Several of our friends made New Year’s resolutions for fitness, started some kind of diet and decided to try to make some changes in the new year! I used the “busy mom” excuse. While I made a noble goal of reading through my Bible this year, I thought I would skip the fitness goals. 😅 However, seeing the progress of my family & friends has inspired me to join in making a physical change for 2019! So… for the month of February I’m challenging myself to walk 50 miles. 2 or 3 miles a day will reach the goal with a few extra days to rest. ( Yes, I know you marathon runners can do this in like 2 days 🙌🏻) The reason for sharing this is 1. The accountability will motivate me to keep going and not to quit! 2. I want to invite y’all to join with me!!! Just use #February50 so we can keep up with each other! #youcandoit #February50

Invited fans are excited about the #February50 challenge

The invite by Anna saw many positive responses from Counting On followers. Actually, they simply love the idea of joining her in her fitness goals proposal. Here’s what some of them had to say about it:

Many other followers of Counting On already do their own fitness programs. However, that didn’t stop them from offering support and encouragement. “Good for you Anna!!! It’s so important for us moms to keep active for our own health and vitality… extra energy is very needed,” noted @furbabiesnfootball.

Walk or treadmill your way to fitness

Some followers wondered if working on the treadmill would qualify as a “walk.” As Anna replied, there’s no problem with where you do it, as long as you walk. So, if the weather’s not right for you, it’s perfectly fine to join in the February goal on a treadmill.

What do you think of Anna Duggar starting the #February50 fitness goal? Do you think her idea’s good and will you join in? Let us know your thoughts in the comments below.

Remember to stay in touch with TV Shows Ace for news and gossip about the Duggar Family and TLC’s Counting On.

‘Today’ Al Roker Shocks Co-Hosts With Contraceptive Comment
‘Paper Girls’ Season 2: Canceled Or Renewed By Amazon?
Honey Boo Boo All Smiles As She Represents Class Of 2023
Where To Watch ‘Grease’ With Olivia Newton-John & John Travolta?
Savannah Chrisley Says Daddy Taught Her To Be A Lady & Boss