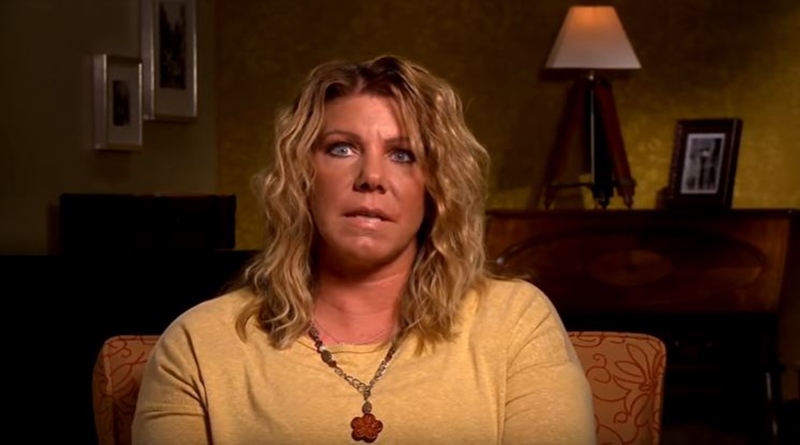 Meri Brown of Sister Wives approached Kody Brown and the other wives to help fund her bed and breakfast, Lizzie’s Heritage Inn. In the new season of the TLC show, Meri appears initially tearful and apologetic. However, she later said she was tempted to just say like “fine I just don’t need you guys.” Now, it looks like Meri ended up with the whole Lizzie Heritage Inn pie to herself.

When Meri first told the Sister Wives family that she got the loan for the Heritage Inn approved, happy faces lit up in joy. At least, until Kody asked about the down payment money. After that, joy turned to sorrow and Meri really fought her case. In the end, Kody said nope – no money to help her. However, Meri fought for it and eventually, the other Sister Wives offered to fund $40,000. In the meantime, Meri saved $40,000 from selling her clothing line.

Meri never took the $40,000 from the Sister Wives family by the looks of it. Perhaps because Kody said conditions included him sitting on the Board of Directors. Typically, he felt she needed help to run the business. Later, Meri said, “This is my baby…Once I get this house done, I don’t want to have any more business meetings about my house. I want to run my business my way.”

Radar Online did some digging and reported that Meri’s the sole owner of Lizzie’s Heritage Inn. “In the Business Name Registration exclusively obtained from [the] State of Utah’s Department of Commerce, Meri is the only registered agent on the business,” they wrote. It certainly looks like Meri Brown got her way in the end. Actually, she clearly said that she didn’t want the rest of the family “controlling” her business and her house.

While Kody Brown may not sit on the Board of Directors, he did show up at the official opening in 2017. Sister Wives fans saw Meri post up a throwback photo of the opening. Kody, Mariah, and Meri stood alongside her mom Bonnie on the Lizzie’s Heritage Inn porch.

Throw back to a year ago today when we had our Grand Opening @lizzies_heritage_inn Can't believe it's been a year already! So grateful for everyone who has supported our journey! 💙💙💙 #LivingMyWhy #BecauseICan #LoveWhatIDo #LifeFulfilled #BecauseOfLuLaRoe #LuLaRoeIrma #LuLaRoeStillElegant

Lizzie’s Heritage Inn, situated in Parowan, Utah belonged to Meri’s family. Actually, the name comes from her great-grandmother, Lizzie. In the late 1920s Lizzie lived there, and today many of her possessions decorate the walls. Reviews show they enjoy the historic home and the yummy food on the menu.

What do you think about Meri Brown getting her own way with Lizzie’s Heritage Inn? Do you think getting the whole pie of the business leaves room for her to go it alone in life if needs be? Sound off in the comments below.

Remember to check back with TV Shows Ace often to stay in touch with news about Sister Wives.