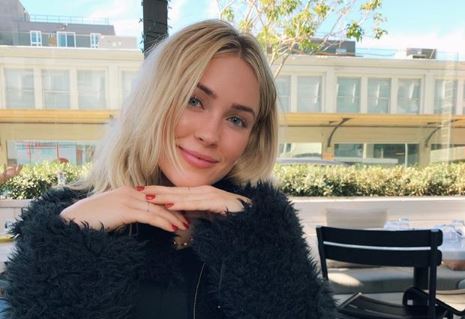 The fans of The Bachelor 2019 are just now getting to know Cassie Randolph. She was seen a bit more this week, but so far ABC has edited her out of the show a lot. As the season moves on, you are going to get to see more of her. Cassie Randolph is definitely trying to make a good lasting impression on Bachelor Colton Underwood. Cassie is a Speech Pathologist who is 23-years-old from Huntington Beach, CA. When Cassie showed up to meet Colton, she gave him a box of butterflies to illustrate how she had butterflies in her stomach. The 23-year-old has also taught Colton some sign language. Cassie also made an amazing impression on the first group date. Fans are hoping to see the two get closer, keep reading to learn more about Cassie that you didn’t know before.

Details about Cassie you don’t know yet.

Cassie’s younger sister is dating Hollywood actor Gregg Sulkin, his fans are so jealous of her. How cool would it be to have a famous actor in your family? Cassie is also a very talented surfer, growing up in California she spent most of her time on the beach and in the water. The contestant is doing great things, she is an ESL (English as a second language) teacher at an adult school. Cassie graduated from Biola University in 2016 with a B.S. in Communication Sciences. Biola University is a Christian school. She also loves the outdoors. Cassie is an amazing woman who fans see Colton falling in love with.

Another thing is that Cassie was on another reality show called Young Once. You can check it out in the video above.

Caption Options: 1. When you gotta secure the ring 💍 2. Get this ring away from me. I’m not ready for that…Or am I? 3. Hey @neillanejewelry … do you make rings this big? 😉

Cassie Randolph made the above post after the show on Monday. This had fans wondering if she meant something by it, but you never know.

Other girls this season of The Bachelor

There are a lot of gorgeous girls appearing on this show, including previous Miss USA contestants. We’ve already seen a lot of drama including Hannah B and Caelynn, where they are both accusing each other of being manipulative and a liar. Colton doesn’t seem to be enjoying the drama either, he actually seems super annoyed and frustrated. Maybe this will open his eyes so he can get to know the other girls better, including Cassie. Viewers are hoping to see more one on one time between Cassie and Colton, Cassie is a fan favorite.

Stay tuned and up to date on all of the love, drama, and heartbreak on Monday nights. The Bachelor airs on ABC and you’re not going to want to miss it, things are really starting to get heated in the house. What other drama will occur? You’ll just have to wait and see!