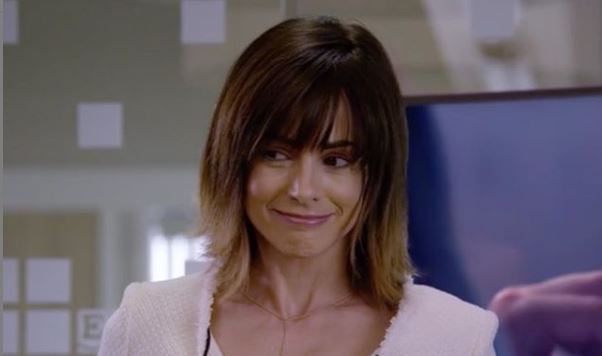 We certainly were left with quite a cliff hanger on the last episode on December 12, 2018. Combing social media, I have come across a million more theories and possibilities for the show.

I want to emphasize that these are not my personal ideas but rather comments other fans have made. Let’s try some of these on for size:

Delilah,
I know there’s nothing I can say that could make you forgive me. I’m sure you’re confused and angry – and you have every right to be. But when I tell you this is the only way I could go on, and that I looked for another way, any other way, I mean it.

I need you to know that the day we met my life forever changed. Every plan I had, every path I was taking was upended the day I met you. My love, my wife, My whole heart. I am eternally grateful for our time together, for the kids, for everything.

I realize I’m in no position to ask anything of you but I must beg my love, keep living. Move forward. Love again and deeply. A woman with a heart as big and as wild as yours deserves a partner just as strong, devoted and ___ (passionate?)

I hope at the very least I can provide you with the financial security to move on. To find a life with all the happiness you deserve. I know much of what I have done will surprise you. Please know that there was nothing you could do to stop this. I tried everything.

____ that Ashley will take care of everything so you won’t be ___ ____ looking for answers – there aren’t any. Even though she had no idea I was going to do this, Ashley will know exactly what to do. Don’t ask her what she is doing as I don’t want you to be implicated. And because she doesn’t know what you know, she will be protected as well.

Many viewers don’t miss a single detail. There’s a thread on the same Facebook group about Gary and Maggie not having ports for chemotherapy. I don’t want to get into medical aspects. As far as I’m concerned, it’s a TV show and they’re actors who (thank goodness) are not suffering from cancer or receiving chemo in real life. It’s not even as if we’re watching Grey’s Anatomy or another medical show.

There’s also a lot of difficult financial questions that need to be cleared up, including the beneficiary of the life insurance policy, ownership of the trust account and how did Delilah get saddled with the debt without her knowledge. Did Barbara Morgan impersonate her and forge his wife’s signature? Did Jon use his family’s beautiful home as collateral for some deal? Delilah made it sound like they paid off the house years ago. Does Jon have an art collection? (He hung up a boat painting when Gary was undergoing chemo, which Gary trashed, but then resurrects when Maggie is a chemo patient.)

We certainly have a lot to mull over. I’m sure you’re as excited as I am for the show to return on Thursday, January 17th. Fingers crossed many of our questions are answered.  Don’t forget to check back for next week’s column on Friday.