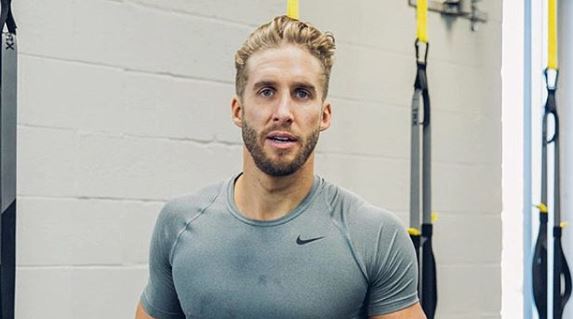 Shawn Booth and Kaitlyn Bristowe met and fell in love on The Bachelorette. These two never got married and recently revealed that they had split. Now, Shawn has been spotted with a new lady. This has the fans wondering if he is dating again already.

It did seem like Kaitlyn and Shawn were split up for a couple of months before they told anyone. The fans were speculating for a while and then they finally revealed it was over. Shawn and Kaitlyn hadn’t been spotted together for a while before the split was announced.

It turns out that Shawn Booth was recently seen with WWE announcer Charly Arnolt. Rumors are flying that these two are dating. So far, Shawn isn’t saying a word, though. The fans would like to hear straight from him what is going on. These two would make an adorable couple, though.

So proud to have ULTRAINER across my chest and to be a part of the @michelobultra team that has some of the greatest fitness talent around. I left #ULTRAFitFest feeling super motivated and inspired from all the workouts, panels, & conversations that I had with some incredible people in the industry. I love this company and their passion for promoting a balanced lifestyle. The beer isn’t too bad either ? #liveULTRA #sponsored

Are they more than friends?

A source explained saying, “Shawn and Charly met this weekend at the Strong New York fitness event at Solace Opens a New Window. gym in NYC.” Shwan does work as a trainer and is always showing off how great his body is from working out.  These two don’t follow each other on Instagram, but who knows what is going on.

As of right now, the talk that Shawn Booth is dating again are only rumors. If he is, then he probably isn’t quite ready to admit it. Shawn knows that his fans are going to stalk his social networks and find out as much as they can about what is going on with him.

Do you think that Shawn Booth is already dating again? Let us know your thoughts in the comments. Also, make sure you watch Colton Underwood as The Bachelor when it starts airing in January on ABC. So far spoilers sound like things are going to go great for Colton Underwood on his season.