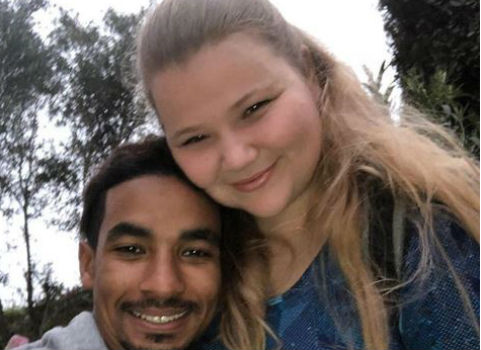 What 90 Day Fiance show are these two allegedly on?

The show that these two are allegedly on is a new season of 90 Day Fiance: Happily Ever After. It is being reported that they are already filming. Nicole and Azan have to travel to see each other. Obviously, they can use the money from the show and also the chance of free plane tickets to see each other. Larissa Dos Santos Lima even admitted that she did the show for the money.

A source talked to Radar Online and shared a few details. They said, “They started filming a couple of weeks before Thanksgiving. It’s all about her next trip to Morocco and what her family thinks about it.”

How are Nicole and Azan now?

The source explained that Nicole Nafziger and Azan Tefou are doing well. She is going to visit him in Morocco this month. Her family has never been very supportive of this relationship. A big reason for that is Nicole has a daughter, who is about to start school. May is four-years-old and traveling with her won’t be near as easy the older she gets. Nicole’s mom is very involved in her granddaughter’s life.

Being able to travel with you and make these amazing memories mean everything to me! I love you so much May♥️

This will be the 4th  season of 90 Day Fiance: Happily Ever After. On the last season, Nicole and Azan decided they couldn’t afford a wedding just yet. They decided to start a business, but nobody has ever seen anything about this shop to see if it really happened. If Nicole and Azan are back again, this would be their 4th show in the 90 Day Fiance franchise.

Do you think that Nicole Nafziger and Azan Tefou will ever get married? Let us know your thoughts in the comments, and don’t miss new episodes of 90 Day Fiance on Sunday nights on TLC.