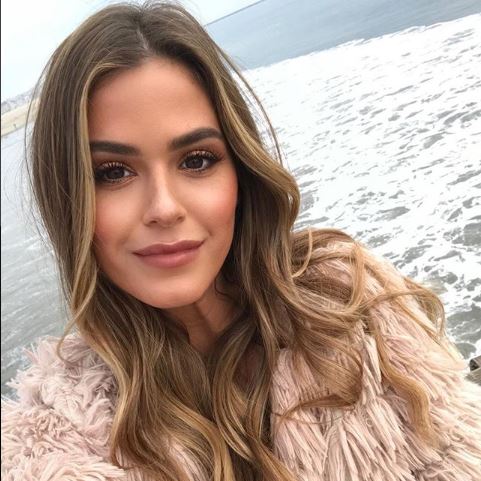 JoJo Fletcher, a former Bachelorette, has been such a successful woman. From being on a show all about finding love to finding her dream man, and she now has her very own clothing line. The reality show star has done it all and has been a role model to many. Now that she has a clothing line of her own, how will her future layout?

JoJo Fletcher has made her dream come true, she’s finally made her own clothing line, “Fletch”. How cute?! Fans think that combining her last name into her future business is such a great idea.  Her site is Shopfletch.com. Even though she was the creator and mind behind the clothing line, she says she couldn’t have done it without her fans. She states,  “I feel so grateful and lucky for the opportunities that I’ve gotten. One hundred percent [of] the people who have supported me with this line are the people who supported me during my seasons of The Bachelor and The Bachelorette.” During an interview with Bustle, JoJo Fletcher states over and over that she is just grateful for the people who have supported her through it all.

Viewers have seen JoJo Fletcher and her fiance Jordan Rodgers together, they make each other extremely happy. When will they finally tie the knot? Fans are hoping it’ll be soon, but JoJo says that she can’t and won’t do anything to please other people. So, when will it happen? JoJo also states that they are in absolutely no rush to get married,  “We’re not even at the place where we’re like, ‘Oh, we need to figure this out right now.’ That is not even a stress to us.”

Any fan of JoJo’s knows that she is extremely fashionable, has perfect hair, and always looks amazing. In regards to that, her clothing line must be perfectly in style. JoJo has always had Jordan behind her to back her up every step of the way, and teamwork makes the dream work. The power couple also has a youtube channel called Engaged with JoJo and Jordan. In the YouTube videos, the couple flips houses and makes them look way better than before. JoJo is the one who decorates, which seems to be her kind of thing.

Make sure that you don’t miss new episodes of The Bachelor with Colton Underwood when it starts airing in January of 2019 on ABC.