School’s started, and Alex and Emma Johnston are back in full force. However, it seems like the summer fun isn’t over for the family just yet. The 7 Little Johnstons recently had a trip to Seacrest Beach in Florida. As reported previously by TV Shows Ace, Emma shared pictures from her trip, flaunting her summer body in a white bikini top with red bottom.

However, Emma wasn’t the only one on the trip. Rather, she was joined by her whole family at the beach. Both Alex and the family’s official Instagram page shared glimpses from the beach trip.

The family’s official Instagram page named ‘team7lj’ had just one picture of Trent and Amber Johnston by the beach. The post was captioned, “been way too long.”

Their daughter Elizabeth Johnston made a funny comment as she wrote, “Hey, Dad, get knee deep in that water.”

A fan wrote, “Can’t wait to watch the new season.”

“Looks like Destin or somewhere along 30A!” commented another. 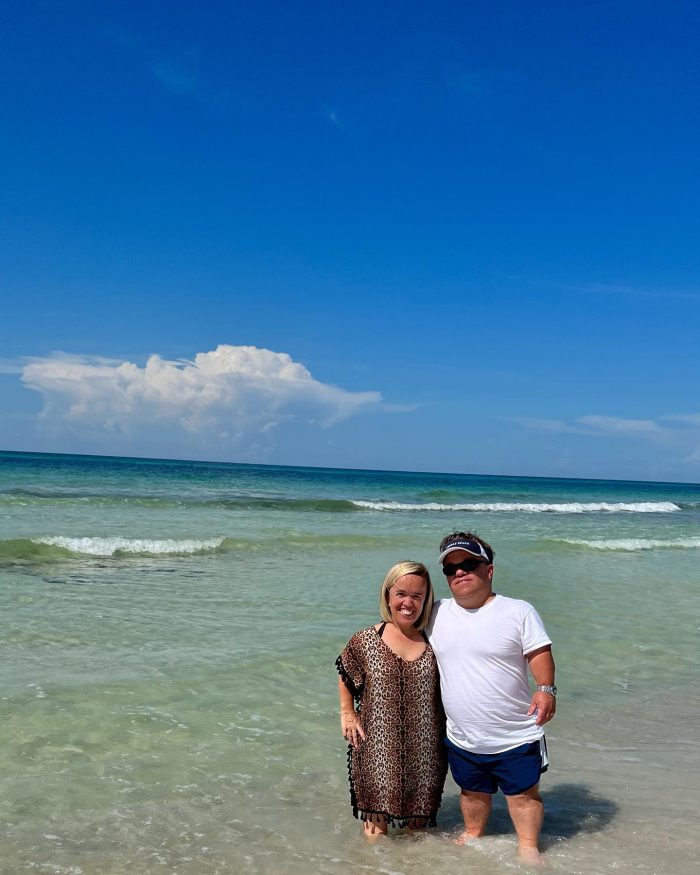 A third chimed in, “Looking great, brother. So looking forward to the 16th.”

Finally, a fourth pointed out how cute the picture was as they wrote, “So cute I love it, put that in your memory book and in a frame!”

Similarly, Alex also shared a series of five pictures on his account with some solo pictures and others with her sister Emma. The 16-year-old captioned the post, “Nothing better than a last-minute beach trip #beachin.”

Fans took to the comments section as one mentioned, “That beach is gorgeous.”

Another commented, “The water is so crystal clear… so beautiful… what Beach did you go to…”

A fourth asked, “Will there be a new season of the little Johnstons?”

This is a question asked by several fans of the TLC show. So, when will 7 Little Johnstons Season 12 premiere?

When Does 7 Little Johnston Season 12 Premiere?

The TLC show aired its final episode for Season 11 on May 3, 2022, as the Johnstons bid adieu to the Finnish exchange student, Joose. In the very same episode, Elizabeth also lets her parents know about her future plans with Brice.

As per TLC’s official statement, Season 12 will premiere on August 16, 2022. Although the season hasn’t yet aired, the official synopsis of the episode is already here. So, beware! Spoilers ahead!

“After the family celebrates Amber’s birthday, she and Anna decide to upgrade their looks. Brice and Liz are ready to take the next step in their relationship, and Trent and Amber have a heart-to-heart with Jonah about his recent behavioral issues.”

Are you looking forward to 7 Little Johnstons’ upcoming season? Share your thoughts in the comments!