On the latest 90 Day Fiance: Before the 90 Days, Memphis Sandoval and Hamza Monkii celebrated their wedding. Yet the couple learned they had more to celebrate while on their honeymoon. Memphis surprised her new husband by sharing the news she was pregnant. Hamza was thrilled and could not wait to come to America to be by her side. However, a photo of a baby on her social media may imply it is not Hamza’s baby after all.

From 90 Day Fiance to Husband And Wife

Memphis and Hamza met on an international dating website. She had been divorced with two children and was looking for love and happiness. There she met her Tunisian love and they planned to get married. Eventually, she flew overseas to meet and marry him but there were a lot of uncertainties. She had no idea they would be staying in his mother’s home where they’d be sleeping apart. More so, Memphis had no idea Hamza was almost two years younger than he claimed to be. She also struggled with the idea of proposing a prenup to Hamza.

Memphis worked as a psychiatric nurse practitioner back in Michigan. Therefore she wanted to protect her children and secure her future. Unfortunately, she spoke to a lawyer too close to the wedding so her only option was a postnup. It was not as secure but it was better than nothing as she almost postponed the wedding and festivities. She went on to pitch the idea to Hamza who ultimately agreed and the two had a joyous wedding day. The two went off on their honeymoon where they could have privacy and a lot of love. Then, the new bride had a big surprise.

Towards the end of their honeymoon, Memphis was quite tired so she took a pregnancy test. It revealed she was expecting. When she shared the news with Hamza, he was over the moon excited that he would be a father. Recently, she shared a photo of a baby on her social media. However, according to The Hollywood Gossip, Hamza claimed it was not his. Rumors had been swirling for some time that the couple had already gotten both married and had a child. This came out prior to them tying the knot on the show and Memphis revealing she was pregnant. 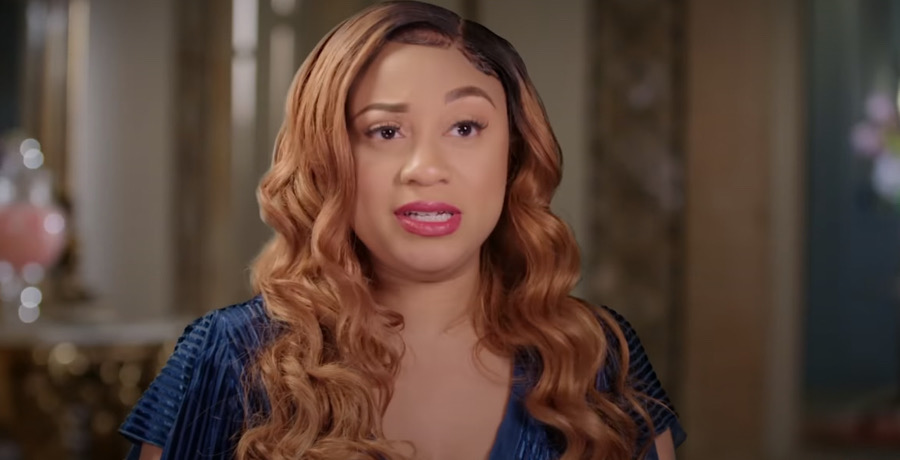 In the new photo Memphis shared of a baby, she posted this: “God has truly blessed me with HEALTHY & BEAUTIFUL children.” It was believed that this was either a throwback of one of her two children or her new baby. After being shared, Hamza responded with this: “Like my son not my son.” Fans wondered what that meant but in the end, Memphis revealed it was in fact a throwback. At this point, the cast had to be very careful not to break any NDAs.

Do you think Memphis is really carrying Hamza’s baby or did she possibly have something more serious with her ex before she arrived? Let us know in the comments. Don’t miss a new episode of 90 Day Fiance: Before the 90 Days Sundays on TLC.