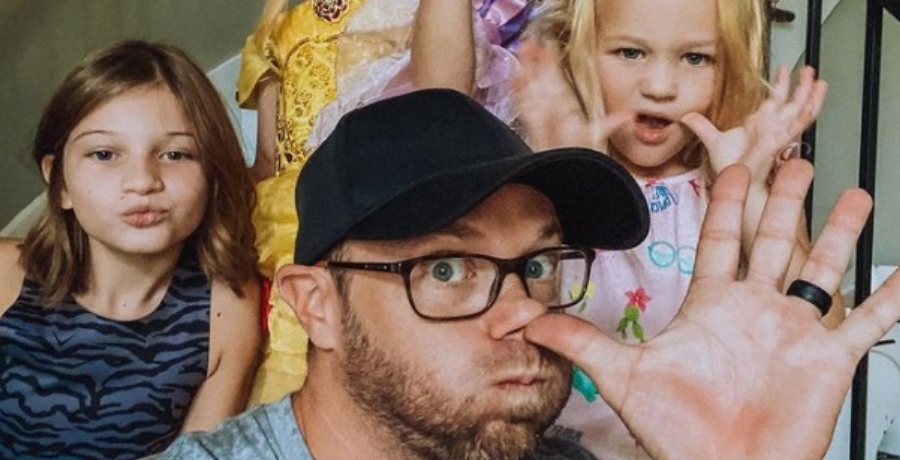 Adam Busby took two of his quints to work with him and they filled his heart with true joy. Which two OutDaughtered quints had the pleasure of going to work with their father? And, what did they do during this experience that filled Adam’s heart with so much happiness? Keep reading for all of the details.

Adam Busby announced it was “take your kids to work day” recently. He decided to take just two of the Busby quints with him to his studio to get some work done. With six daughters, fans suspect he might’ve not got much work done if he had decided to take all six of them with him. To aid any confusion with trying to identify which of the twins was in the photo, Adam revealed the decision to bring Olivia and Parker with him to the studio today.

He explained that Olivia and Parker would be his “trigger girls” while he worked in the studio that evening. The proud father proceeded to dote on his girls and how much he loved the photo he was sharing. Turns out, this photo wasn’t actually snapped by Adam tho. Someone else in the studio named Kimmy captured the precious moment for him.

The proud father admitted it filled his heart with such joy to see the look on the girls’ faces as they became excited and vested in something he was so passionate about. OutDaughtered fans know Adam Busby’s entire world revolves around photography and his girls. So, it is no surprise that being able to bring these two things together was truly exciting for him.

Fans respond to the sweet photo

OutDaughtered fans were overwhelmed with how precious the photo was and they really appreciated Adam taking the time to share this moment with them. Some fans noted that this kind of bonding is something the girls would cherish forever. Other fans, however, admitted they really wanted to talk about the stylish sandals Olivia and Parker were rocking in the photo. Overall, however, fans only had positive things to say about this photo.

What are your thoughts on this sweet photo of Adam Busby with Olivia and Parker? Do you think the other girls get to help daddy with work too? Let us know your thoughts in the comments. And, keep coming back for more OutDaughtered news.