DOOL Comings & Goings reveal Jack Deveraux (Matthew Ashford) is back in Salem and has a few questions for his oldest daughter Gwen Rizczech (Emily O’Brien).

Also, EJ DiMera (Dan Feuerriegel) heads to Statesville and is shocked when he realizes he has a past with his new cellmate.

Plus, scene-stealer Leo Stark (Greg Rikaart) was spotted on the Days of Our Lives set last November, sparking intense speculation the trouble maker is back to wreak more havoc in Salem.

DOOL comings and goings confirm fan-favorite actor Matthew Ashford returns to Salem as Jack Deveraux after the NBC soap returns from its two-week hiatus. Last we saw Jack was back in January when he left Salem with his wife Jennifer Horton (Melissa Reeves) to run a small newspaper in Boston. They left their daughter Abigail Deveraux (Marci Miller) in charge of The Spectator. Now Abby’s gone missing and a frantic Chad DiMera (Billy Flynn) reaches out to his father-in-law for help searching for their beloved Abby.

DOOL spoilers recall Jack and his estranged firstborn Gwen patched up their fractured relationship before he left town. Now with the news of Abby’s disappearance. Jack cannot help but wonder if Gwen played a part in her abrupt departure. Certainly, Gwen has blood on her hands. However, she had a lot of help with long-time bad girls Ava Vitali (Tamara Braun) and Abby’s very own sister-in-law Kristen DiMera (Stacy Haiduk). Will Gwen come clean with her daddy or continue to lie to save her own rear end?

Days of Our Lives Casting News: EJ’s Cellmate Is A Familiar Face

DOOL spoilers report EJ DiMera starts serving his sentence for kidnapping his wife Sami Brady(Alison Sweeney). Of course, the framed attorney knew his stint in jail wouldn’t be easy. However, he didn’t plan on sharing a cell with good ole Clyde Weston (James Read). Sadly that’s his new reality. The two adversaries will somehow have to find a way to exist together in such close quarters.

Days of Our Lives fans recall one of Clyde’s henchmen is responsible for “killing” EJ back in 2014. Certainly, EJ holds a lot of resentment towards Clyde for his part in that shooting and for him losing years of his life. Will the two once-powerful men form an unholy alliance that benefits them both while behind bars? 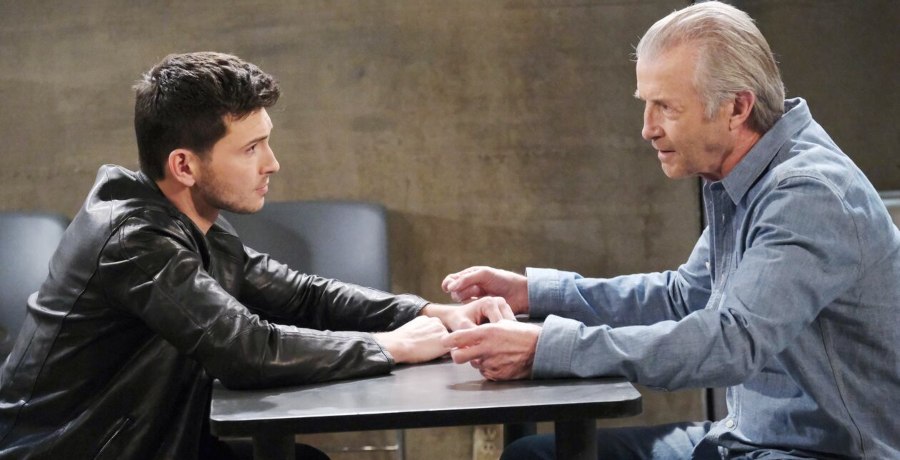 Days of Our Lives Comings and Goings speculate Greg Rikaart returns soon as scene-stealer Leo Stark. Eagle-eyed DOOL fans noticed Greg Rikarrt in the cast picture shared on social media on the soap’s 56th anniversary on November 8, 2021. Now with the big coming-out story of Craig Wesley (Kevin Spirtas) speculation is swirling his new love is none other than Leo Stark.

Days of Our Lives has yet to officially confirm the return of Leo’s character. However, the picture speaks for itself. DOOL fans loved the quirkiness of Leo Stark in September’s Beyond Salem on Peacock. So Leo’s return to the main show could be a direct result of that fan feedback and will he indeed be revealed to be the man who Craig Wesley is leaving his wife Nancy Wesley (Patrika Darbo) for on the NBC sudser?

Watch Days of Our Lives weekdays on NBC with same-day episodes available on Peacock streaming.