The Voice just wrapped up Season 21. Now, fans are wondering if Blake Shelton is ready to leave the show. He seems to be living the dream life with his new wife Gwen Stefani. The two got married in July 2021 in an intimate ceremony surrounded by family and friends.

Carson Daly was the only celebrity in attendance. He was there to officiate the nuptials. Blake and Gwen embarked on their so-called honeymoon tour. Now, they’re hiding out at their new home in Oklahoma.

Both of them have been traveling back and forth for work. But he’s hinted about walking away from the spotlight and settling down. So, are the rumors true?

Does he plan to stay on The Voice?

The “Come Back as a Country Boy” singer has shared his thoughts on the future of The Voice. In a previous interview with People, he expressed an interest in returning. Blake still wants to take on the new coach Ariana Grande. Earlier this year, he dropped hints to Today’s Hoda Kotb that he might enjoy a “simpler life” with Gwen.

“I hope that’s not too far down the road,” Blake Shelton said. “Ten years sounds like way too long to me. I’d like to see that sooner than later. I mean, we’ve [Gwen and I] both pretty much taken it to the limit as far as our careers go and touring and now the television thing. It’s been fortunate to accomplish a lot of things. But, hopefully, at some point, we get a chance to live some life.”

Around the time, rumors swirled that the “Minimum Wage” singer was ready to leave The Voice. Also, producers were looking to “replace” Blake “with someone younger and more current” after finding success with Ariana Grande in Season 21. However, Blake denied this was true in a text message conversation with Ariana. The pop star posted a screenshot of their conversation on Instagram.

Does Blake Shelton want to leave Hollywood behind?

It sure sounds like the country boy wants to go back to his roots. So, is he really walking away from the show after 10 years? In his 2017 interview on the radio station WKRO 93.1 FM, he admitted that he was planning on doing the show “at least a year” and that “anything can change.” Blake ended up loving the show so much that he’s signed on ever since.

At the time, he admitted that he wanted to stick around for Kelly Clarkson, who was joining the celebrity panel. The two ended up becoming good friends. Blake also ended up falling for Gwen, who he first met on the show in 2014. The only thing that’s clear is that the day he leaves will be a sad one for everyone involved. 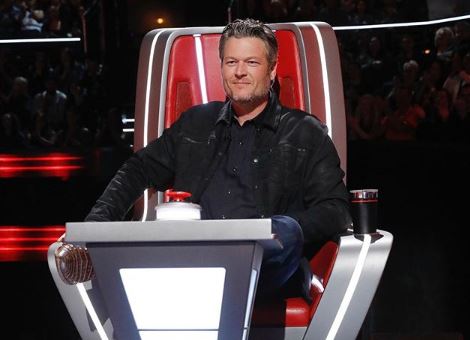 Do you think Blake will end up leaving The Voice? Who do you think should replace him? Sound off below in the comment section. Check back with TV Shows Ace for more news on The Voice.