Erika Jayne filed for divorce from Tom Girardi in November 2020. Yet, his legal drama caught up with them both. The exes have made headlines for their alleged embezzlement case rather than their split. The divorce proceedings are still ongoing.

The Real Housewives of Beverly Hills star and her estranged husband haven’t finalized their divorce. This has led some fans to wonder if their divorce was a cover-up for their alleged crimes. Apparently, Tom’s bankruptcy case is what’s holding up their divorce. Her former husband makes an interesting move amid their proceedings.

Wants to represent himself in Erika Jayne divorce

Erika Jayne wants to move on from their marriage. She doesn’t want this case to haunt her anymore. She’s making an effort to date around. The Pretty Mess singer also wants to shift the attention onto her dating life in The Real Housewives of Beverly Hills Season 12.

Yet, she still has to deal with the everyday revelations. Despite being diagnosed with dementia, Tom Girardi wants to represent himself in court. The former hotshot lawyer thinks he’s the perfect person for the job. Since he’s been forced into bankruptcy, he can’t finalize his divorce yet. 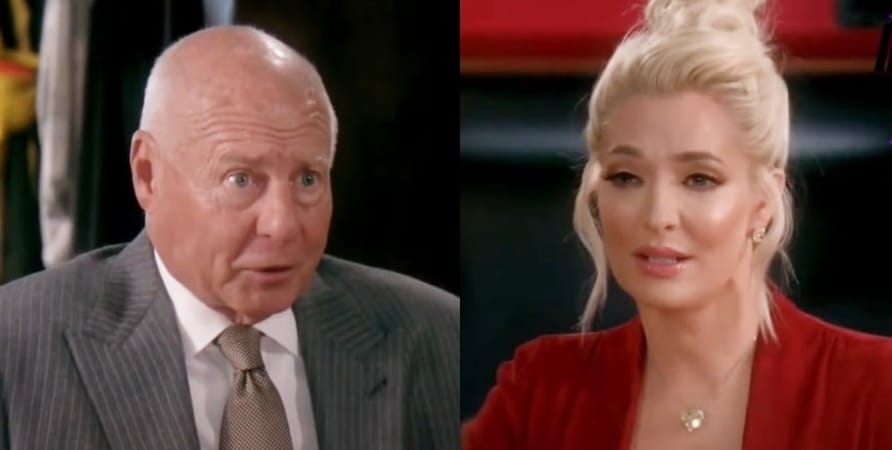 In February, Tom’s brother, Robert Girardi, was named as conservator. As a result of this move, he will serve on his brother’s behalf. Tom is reportedly on a mental decline amid their divorce. This is an interesting move considering Tom isn’t cognitive and Robert works as a dentist.

Tom never gave a reason why he fired his lawyer. He may have realized that he won’t be able to pay back the legal fees. Tom previously claimed in court that he no longer has any money to his name. The legal drama has taken a hit on both Erika and Tom’s finances.

Radar Online obtained the bankruptcy documents. Tom Girardi already liquidated his assets for $4 million. But the debt from his former lawsuit could amount to as much as $100 million. Erika and Tom had to auction off most of their belongings in order to “pay back creditors.”

The various properties that the couple once shared were either listed for sale or sold. They dropped the rate on their Pasadena home several times since it hit the market in July. Last month, the home was listed for over $8 million. Since then, Erika has lived in a $1.5 million Los Angeles-based home.

It’ll be interesting to see if their divorce will ever get finalized. Erika initially requested spousal support, which her ex-husband denied. The couple is in a fight over assets as they continue to lose money. Meanwhile, their assets are frozen by the courts as the embezzlement case continues.

Check back with TV Shows Ace for more news on Erika Jayne.